Google Pixel 3 XL with Android Q pops up on Geekbench

Plenty of manufacturers have already started pushing Android Pie to their devices, with Google, of course, being the first. Android Pie was announced in June, with actual rollout happening in October and all eyes are now set on the Android Q development.

We still don’t know how the OS will be called, but it appears the Mountain View company is already working on the update. A Google Pixel 3 XL smartphone was listed on Geekbench with Android Q for an operating system, suggesting an alpha package is already being tested. 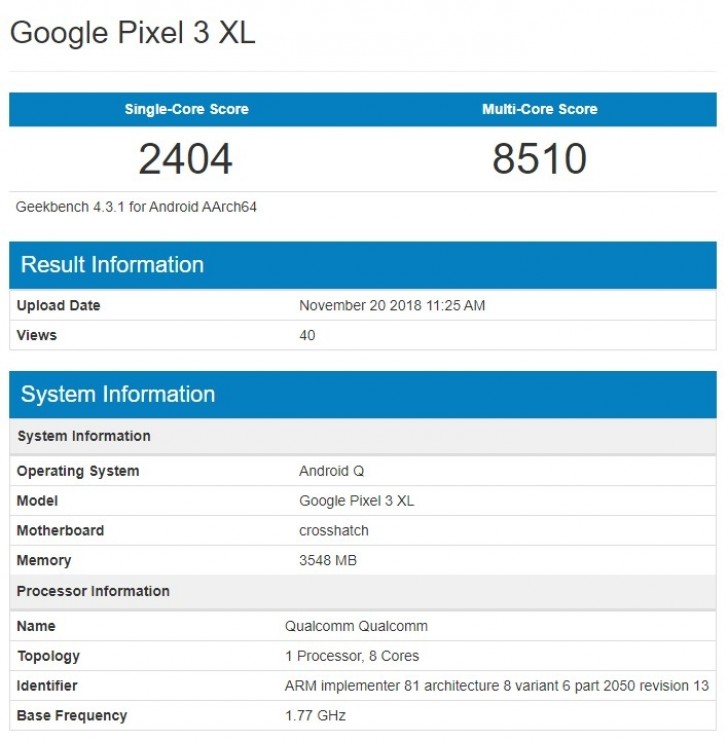 The rest of the listing, revealing Qualcomm chipset and 4 GB RAM is familiar stuff, the scores are normal as well.

Although it is way too early to know anything about Android Q, we know all devices with the OS out of the box will be Treble-compliant. Last week Google confirmed that devices shipped with Android Pie would be on the faster upgrade platform and the AOSP source code is fixed so developers can prepare in advance for any future operating system updates.

every year google said will push update faster but the fact...

Yeah give an excuse.

It is developing faster than I thought. I am still using Android Nougat.