Over the past few weeks, we've started seeing more and more rumors about Google's Pixel 3 and 3 XL, smartphones due to be officially introduced at some point in October. The bigger model will have a screen notch, according to past leaks, while the smaller one won't.

Coming today to confirm half of that theory are two images depicting a prototype Pixel 3 XL in all its glory, front and back. Here they are for your viewing pleasure (click the thumbnails for higher-res versions). 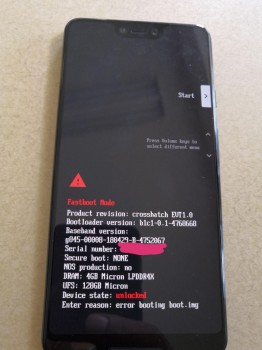 The device looks strikingly similar to the Pixel 2 XL from the back, with the only notable difference being that sensor that's placed in between the single rear camera and the LED flash - which has caused the latter to move a little bit to the right.

Yes, as rumored Google seems to be sticking with one camera on the back, not being fazed by all the dual systems out there, nor Huawei's triple cams in the P20 Pro.

On the front there is indeed a notch at the top of the display, and a pretty tall one at that, with two round camera-like things sitting on either side of the earpiece. Could Google be choosing to outfit the Pixel 3 XL with dual front cameras? Or is the second sensor there for some secure facial unlocking feature? We'll have to wait some more in order to find out.

There's a 'chin' too, a.k.a. a pretty big bottom bezel, so this definitely won't be an 'all screen' phone. On the plus side, that bezel houses one of the two front-facing speakers, so that feature isn't going away in 2018.

The prototype that's pictured here has 4GB of RAM and 128GB of built-in storage. Undoubtedly, the Snapdragon 845 will be at the helm. The codename "crosshatch" lines up with what we heard in the past. The funny logo on the back is probably just a way for Google to obfuscate the prototype, that will be replaced by the company's trademark G in final units.

And of course a headphone jack is missing.

The worst things are: 1. There is no rear dual camera. 2. No in-display fingerprint sensor 3. Notch, though maybe I could live with the notch if there is an option to hide it

Not going to buy a notch, even on a Pixel.