Renders of the Google Pixel 4 that's likely to go official in October surfaced last month showing us what the phone looks like. And now, we are looking at the alleged live images of the Pixel 4 which give us a closer look of its front and back.

These photos align well with the previously leaked renders and you can see the Sprint logo in the top-left corner of the screen, indicating that the phone's being tested on the US-based carrier's network.

We can also see a new wallpaper here, and the navigation bar and the Assistant handles confirm that the phone's running Android Q Android 10. 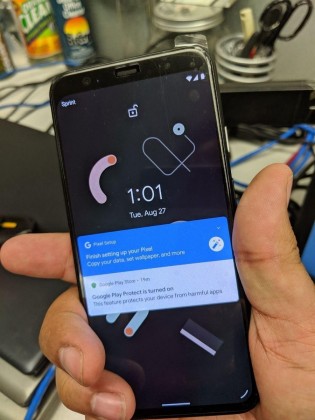 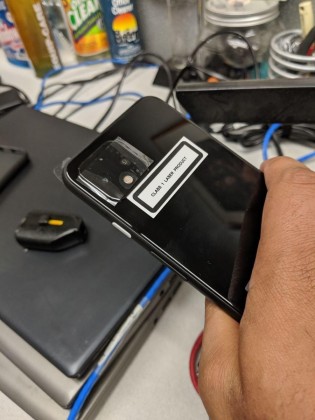 Leaked images of the Google Pixel 4

Google appears to have ditched the two-tone design on Pixel 4, but the back's still made of glass. It has a square-shaped island in the upper-left corner which houses a dual camera setup and flash.

If rumors are to be believed, we are looking at a combination of 12MP main and 16MP telephoto units.

The images also show-off the white-colored power key on the right side of the phone above the volume rocker which looks nice.

We are likely to hear more about the 2019 Pixels in the coming weeks.

Tele cameras on all phones have 1.0μ pixel size.. why not increase it to 1.4μ?? I don't know what it can cause to the camera humps. And it looks like Google is not going after notch which is pretty cool. I hope even XL version don't follow that wro...

Well now everybody is copying Huawei like they know they will going to be number one phone brand this year.

Same as any other Pixel, so are on the correct side.