An official-looking press render of the Google Pixel 4 has surfaced, corroborating previous leaks and giving us our clearest look yet at the fourth-gen Pixel.

As you can see, the Pixel 4 has small bezels on three sides, but the top bezel is thick as it houses the selfie camera and an earpiece along with other hardware necessary for the Motion Sense technology.

The render also shows off a new wallpaper which has the letter 'P' and the number '4', in five different colors.

Moving on to the back, which is reminiscent of the iPhone 11 Pro, we have two cameras housed inside a square-shaped island with a flash module keeping them company. 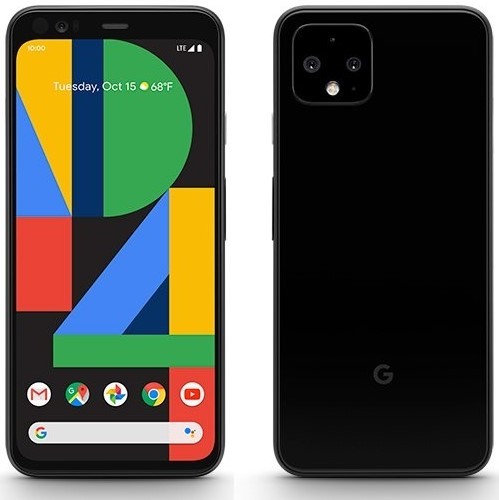 The back of the Pixel 4 flaunts the 'G' logo but doesn't have a fingerprint reader. This means the Pixel 4 will either come with an in-display fingerprint scanner, or you will have to make do with face unlock for biometric authentication.

The render also shows off the volume rocker on the right side of the phone which is accompanied by a white-colored power button.

The Pixel 4 and Pixel 4 XL are slated to go official on October 15, but until then, we are likely to hear more about these 2019 Google flagships.

I think it looks nice, it doesn't have a notch. Why does every smartphone has to be a fashion accessory nowadays?

Wow, this phone is taken from 2013/2014. It's hideous, terrible design. Horrible top bezel, same camera bump as iPhone which is horrible by itself. This is a mess. And it's made by Google!!!!!