The Pixel 4a has a 5.81-inch display with a taller 19.5:9 aspect ratio. It's smaller than many smartphones of this class, but smaller phones are rare these days. Most midrange phones are pushing upwards past 6.5-inches sometimes, so we welcome the more compact size for some variety.

The display has a resolution of 1080 x 2340px and a pixel density of 443ppi. It looks sharp and the contrast of the OLED screen is great as well. 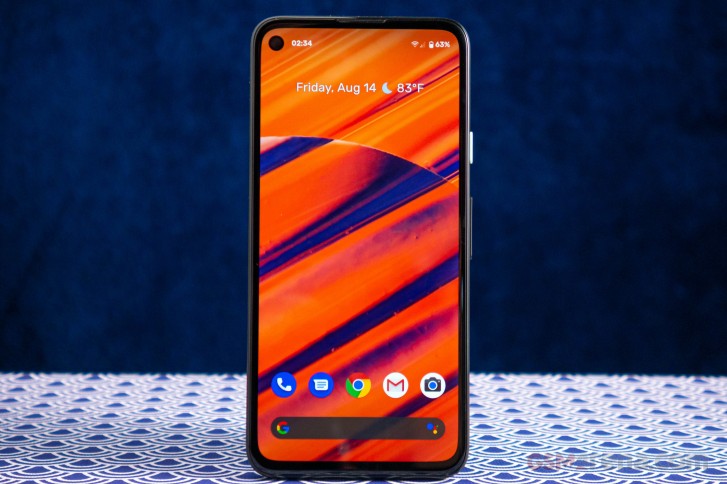 There's no high refresh rate on the Pixel 4a, and that's okay. Although it seems like 90Hz is becoming a new standard in smartphone displays - even in the entry level - it is still considered to be a purely cosmetic feature.

We tested 803 nits of maximum brightness when set to "adaptive brightness". With the manual brightness slider, we got a maximum of 451 nits. This is a great device to use outdoors and even in direct sunlight.

You have three options for color profiles: Adaptive, Boosted, and Natural. The default display tuning is set to Adaptive, which is based on the DCI-P3 color space, showing vivid colors and pleasing images. This profile had an average deltaE of 2.8 and a maximum of 6. 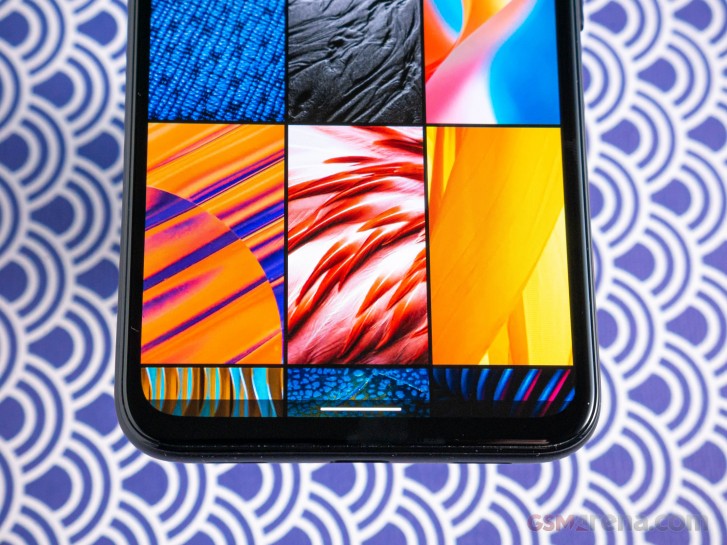 Across the board, whites were always within 2 deltaE units, which is indistinguishable to the naked eye. We're very happy with the display on the Pixel 4a. Now would be a great time to mention that the Pixel 4a is one of the latest devices certified to stream Netflix in HDR10.

The Google Pixel 4a gets a slight increase in battery capacity. 3140 mAh up from last year's 3,000 mAh on the Pixel 3a but it still doesn't sound like much. Perhaps the switch to a more efficient 8nm CPU might be enough to offset the added screen size of the 4a. So how did it do with battery endurance? 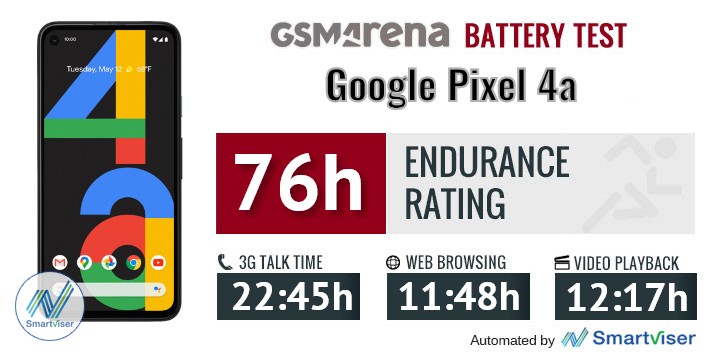 The Pixel 4a should last you through the day and partially into the next day, so it will definitely last a solid day.

Our battery tests were automated thanks to SmartViser, using its viSer App. The endurance rating above denotes how long a single battery charge will last you if you use the Google Pixel 4a for an hour each of telephony, web browsing, and video playback daily. We've established this usage pattern so that our battery results are comparable across devices in the most common day-to-day tasks. The battery testing procedure is described in detail in case you're interested in the nitty-gritty. You can check out our complete battery test table, where you can see how all of the smartphones we've tested will compare under your own typical use.

The phone comes with the same 18W USB-C Power Delivery charger that Pixel phones have included for a few generations now.

We couldn't perform our new loudspeaker test since the review was performed far away from the office.

There are dual loudspeakers on the Pixel 4a. Sound output is quite loud with some distortion heard at higher volumes. We're happy with the loudness of these stereo speakers.