If you don’t know what “fragmentation” is, it’s probably the biggest problem that Google has with Android when it comes to software updates. Because there are so many different manufacturers that produce Android phones, there is no reasonable way for Google to keep track of all the phones that are produced and whether or not they are updated.

This is where Apple has Google beat. Because Apple has control of both software and hardware of its mobile products running iOS, it is able to release updates for all its products at the same time. The only place Google somewhat has control over the hardware is with Nexus devices. These are the first to be updated to the latest version of Android. 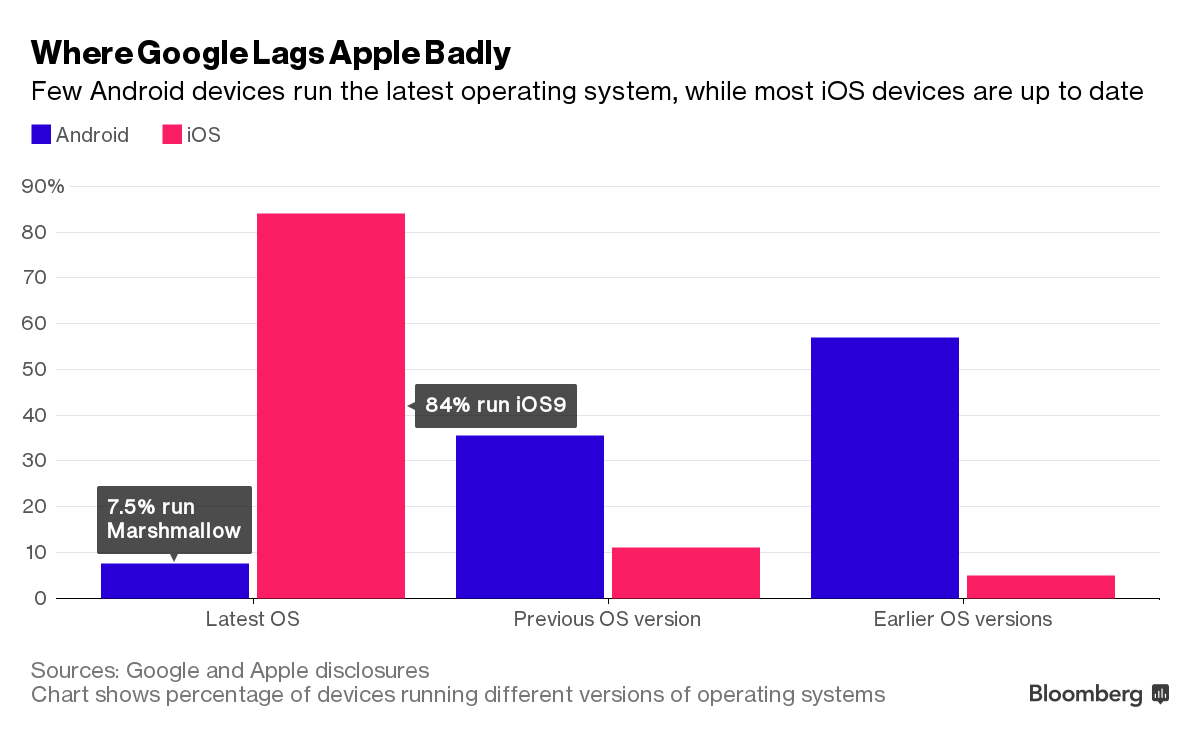 According to Bloomberg, two unnamed people report that Google keeps track of, and ranks OEMs and carriers based on how fast they put out updates for the Android OS and monthly security patches.

There is a lot of pressure on Google to make this ranking list public by both the FCC and customers when it comes to having the latest Android release on phones. Releasing this list would put more pressure on OEMs and carriers who take a long time to release updates for their Android devices.

With security becoming more and more involved with our connected lives. It is critical that phones, devices, and computers to be up-to-date with the latest software to fix vulnerabilities that hackers could potentially target and breach sensitive information.

Google should put out such a list if it exists. You can’t blame the companies, though, you have to blame the openness of the Android OS that was designed with this flaw that’s existed since the very dawn of Android. And as long as Android is open and free to use, Android will probably never get to the control of updates that Apple has.

Google must give updates to fight against the great apple.

A fragmented system actually works to the users advantage in some cases, instead of making the same update available at once to hundreds of millions of users. My iPad mini 2 is still running on iOS 8.4 because i gave up after several frustrating m...