On Wednesday, Google released the Android 11 Beta 2 build with a bunch of bug fixes. There are also some minor changes throughout the UI of the new Beta build. In an unrelated event, Google also inadvertently revealed that it plans to release Android 11 publicly on September 8.

During a “Hey Google” Smart Home Summit presentation on YouTube, a caption revealed when Android 11 is supposedly going to be officially released, presumably for Google Pixel devices. The screenshot below, captured by Android Police (first reported by Phone Arena, shows what presenter Michele Turner said, along with the slide that clearly reveals the launch date. The video has been removed from public eyes since the reporting. 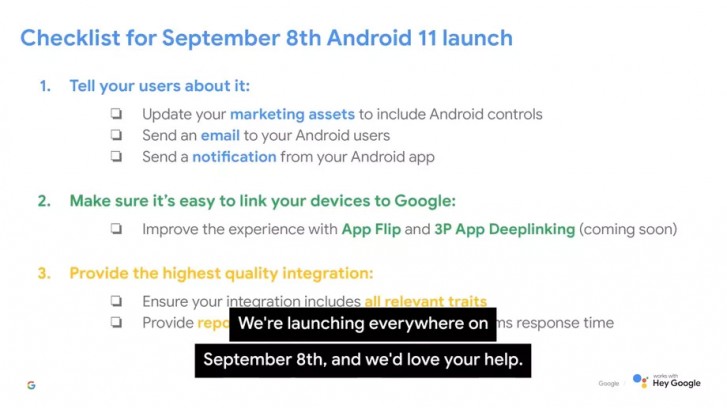 Turning our attention back to Android 11 Beta 2, Google has posted the release notes on Android Developer site. Fixes include gesture control behavior, and a fix that hindered the keyboard from appearing properly. Audio is no longer distorted on some loudspeakers, and there was some funky business with the volume controls when the phone was set to Vibrate. 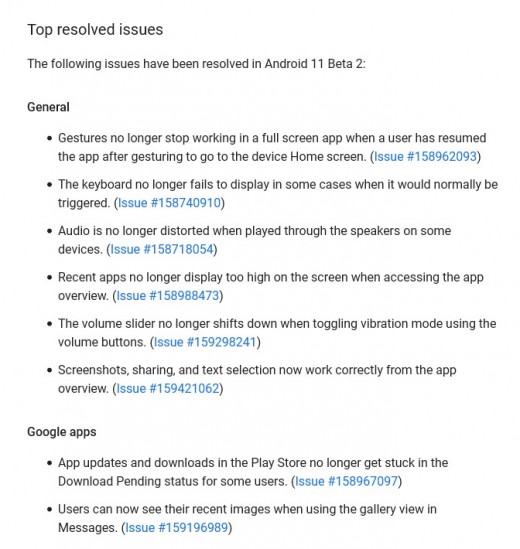 As with any Beta product, there are still issues outstanding throughout the interface including intermittent Wi-Fi connections, notification drawer issues, and an issue that some Pixel 4 users won’t be able to revert to Android 10 via OTA. Check out the Source link to see Google’s full release notes.

It's botched already, blinking flickering on dark mode. Had to go light to help reduce it ffs

There is no downgrade button. And it isn't easy to do so. Search in Google and YouTube. You may root and unlock the bootloader which isn't recommended as if you do something wrong you can brick your phone. I will buy a new phone after 3 yea...

I didn't know that I could downgrade an Android version via OTA. Does it available to all pixel devices or to all Android devices and where can I find that downgrade button?