Google talk has been a fixture on Android devices since the birth of the OS. Now, Google finally took the messenger functionality to the next level with the announcement of an update which will bring video calling capability to it much like Apple's FaceTime for iOS.

Any compatible Android device will be able to enjoy the new Google Talk feature over 3G, 4G, or Wi-Fi connection. It is important to note that by compatible, Google means that your device needs to run on Gingebread 2.3+ (the new feature of the messenger will first roll out to Nexus S owners as an OTA update in the coming weeks as part of the Gingerbread 2.3.4 package). 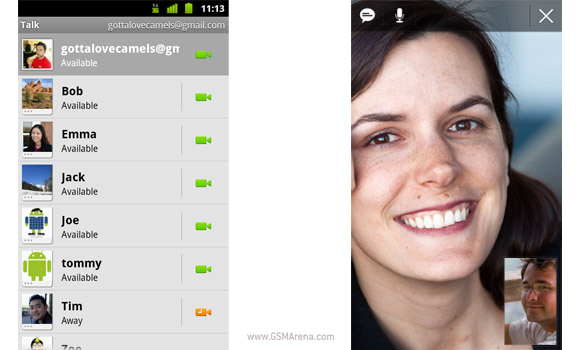 Owners of other Android devices running Gingerbread will get the new functionality at a later date, though Google didn't specify when exactly. Unfortunately those of you that are still stuck with Froyo or an earlier Android version will have to make do without the Google Talk video chat.

For an earlier android version (2.1 & 2.2) u can try to download tango video call from android market