According to a report in Time, Google’s project Ara smartphone could arrive in early 2015 with an entry price tag of $50. The search giant retained the team behind the project when it sold Motorola to Lenovo last month. 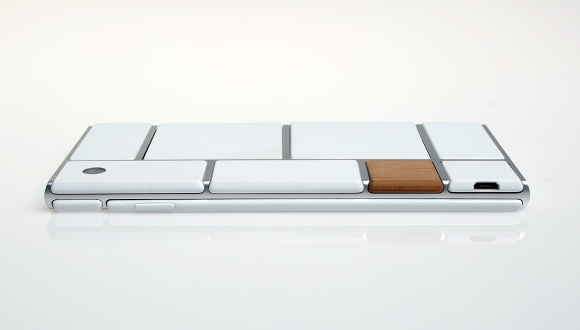 The affordable price is said to include the most basic setup with Wi-Fi, but no cellular connection. Additional modules will cost extra. Multiple models may be available when the device is launched.

Google’s Advanced Technology and Projects (ATAP) group told Time that Project Ara will come in three different sizes which will cover everything from a pocket-friendly device to a full-blown phablet. Size of the devices will reportedly not be customizable.

As expected, Project Ara will be built around an endoskeleton which will be supplied by Google. This way, the search giant will be able to maintain tight control over the platform.

According to the report, the prototype of a Project Ara main unit with added modules is 9.7 mm thick. With larger batteries planned, the thickness of a full setup is expected to remain in the ballpark of 10mm.

Project Ara will also likely be visually customizable. ATAP is working with 3D printer tech to allow users to change the look and the materials of their device.

More info on who will be making additional Project Ara modules is expected soon. We already told you that Google will be holding a dedicated conference on its brainchild in mid-April.

There is a lot of work to be done before Project Ara becomes reality, though is certainly exciting to know that Google is working on it. We will be keeping a close eye on any developments.

It's called patents, not copyright......

I think I have a read similar concept about it. It's called phonebloks.