Google announced an impressive achievement for its mobile OS today - the ten billionth app download in its Android Market.

While the milestone is impressive enough on its own, it is the rate of growth which is truly staggering - four billion of the downloads have taken place in the last six months alone. See the graphic below. 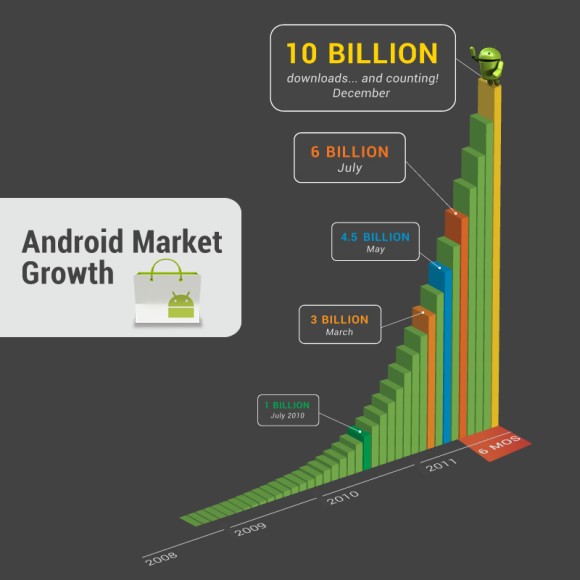 To celebrate the accomplishment, Google put a number of popular apps and games on sale in the market for only ten pennies, so if you are an Android OS user, go ahead and start shopping!

Are you comparing OS or phones? Coz the lag is highly dependent on the spec of the phone. All kinds of modern software has minimum & recommended requirements. You CAN'T compare OS by using different phones, and don't forget that iPhone & iOS ...

and what exactly would the problems be? Market Pollution? Global Market Warming? App shortage? Jobless devs?