Google’s Android O could be “oatmeal cookie”, but could also still be Oreo

The theory is strengthened by a couple of hard pieces of evidence. The first piece of evidence was found in Android’s source code as “oc-dev” which was used on several occasions, the most notable of which is the code which states that a Google Pixel devices is running the Android O Developer preview or ‘oc-dev’. “OC” could mean “oatmeal cookie”, which is blatantly written in the next and older piece of evidence. 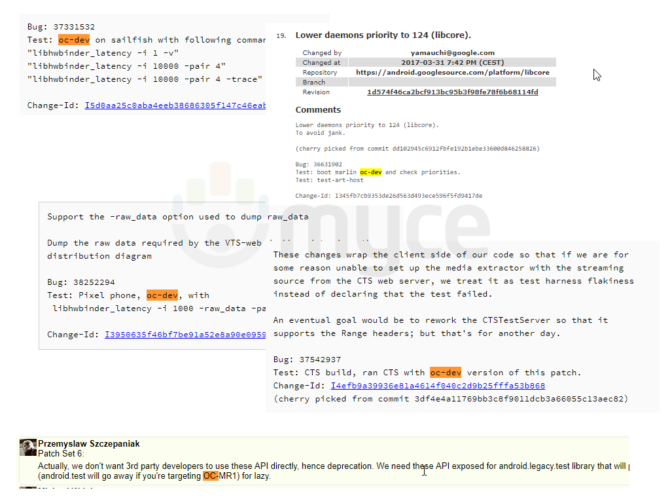 The second piece of evidence stems from this year’s Google I/O presentation over a month ago. There were mentions of “oatmeal_cookie” in sample code that was used in a presentation slide.

While many folks are hoping that Android O will be named “Oreo” chances are it probably won’t be unless Nabisco (or Kraft, depending on where you live) makes a deal with Google for the cross-promotion of Oreos and Android. The only time we saw this happen was with Android KitKat, which used an officially named dessert instead of a generic name.

Oatmeal cookie used on one of the slides. Might be the name of the next #Android version? #io17 pic.twitter.com/jxYj9c2Ng4

Remember, even with Android K, there were teases involving key lime pie at Google I/O 2013. Perhaps it was meant as a placeholder/fallback in case the deal with KitKat didn’t work out. We all know what happened with that "K" though!

For all we know, (and based on history) Google could be currently trying to get permission to use the “Oreo” name and is using “oc” as a fallback/placeholder in case Google doesn’t get the green light to use it. The presentation slide could just be Google trolling us big time and “oc” is probably “Oreo cookie”, after all.

What do you think Android "O" will be named?

Android P will be Pretzels

What bout Oreo TM owned by Cadbury in India?

Maybe, they will call it Android Zoombie hahaha