Google's popular Gboard keyboard app may soon get a useful new feature. A new APK Insight story from 9to5google reveals code snippets from the Gboard beta app that suggest a new battery saver theme/mode is being tested by the company.

It's referred to as a "dark theme," which, when enabled, would turn off the bright theme as well as disables animation-heavy features of the app (like stickers and bitmoji) to save battery. 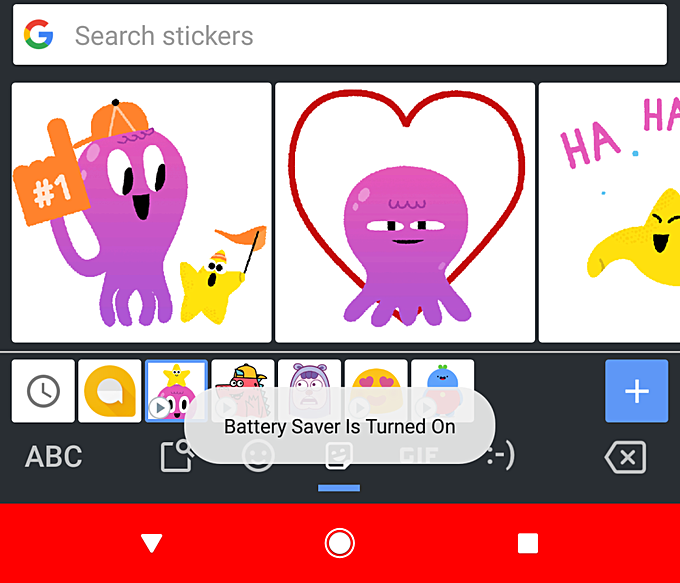 The functionality can be enabled manually, although it'll also automatically trigger when the Android battery saver mode is enabled.

The teardown of the beta version also revealed several other features that could be added to the stable channel, including low storage warnings, an OCR tool, universal media shortcut, as well as sticker suggestions and favorites.

Gboard shall get Incognito mode. Also, it'd be much better if it followed Swiftkey's implementation of accented characters. For instance, if you enable French and English languages on your keyboard then the only accented letters you see are such, as ...

I don't think that this feature will even save 1% of the battery life.