The good thing about Android is that everyone can have a go at it - Fusion Garage are the latest to throw their hat into the ring with a phone, the Grid 4, and a tablet, Grid 10. Both run the so-called Grid OS, which is a deeply customized version of Android.

If you haven't heard of Fusion Garage before, you are not alone. The tech company is known for the not really successful JooJoo tablet, but their products never really took off. 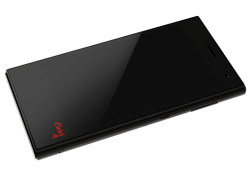 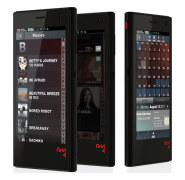 As for Grid OS, Fusion Garage claim they've completely redefined the way you use a touch screen with a "completely gesture-based and button-free" UI, they say. They also talk about some wheel menu with spokes - First ELSE, anyone?. The Heartbeat feature anticipates your needs and gives you at-a-glance info of what's going on around you.

Check out these two video demos (for more, go here):

The Grid 10 runs the same modified Android as the Grid 4. It has Wi-Fi b/g/n connectivity, quad-band 2G/3G (microSIM again), 16GB storage expandable with microSD cards and a docking port (which combines charging, USB and HDMI). 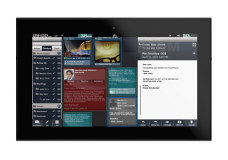 Prices for the Grid 10 start at $499 for the WiFi-only version and it's $599 for the 3G+WiFi version. Only US pre-orders are accepted right now and it should ship on 15 September.

There's no pricing/shipping info on the Grid 4 smartphone for now.