Smartphones have become commoditized and flagships have started losing their premium luster. We guess the upgrade treadmill that saw consumers buying a new expensive gadget every year or two just couldn't keep up the pace forever.

Meanwhile smartphone accessories are selling better than ever. An after-market headset will be better than anything that comes in the box of all phones but the high-priced flagships. A cheap fitness armband with a heart rate monitor will do the job under most circumstances, while the built-in phone sensors hard to use while exercising.

Let's start with something simple. The Sony Xperia E3 came out late last year, but it's got enough bang for the buck to overlook its age. Widely available, this phone stands out in this class with LTE connectivity and optional dual-SIM support.

The 4.5" screen is not too sharp but it's got decent viewing angles. The 5MP camera can record 1080p video, a rarity in this segment, though the quality is distinctly below flagship 1080p. One big issue is the built-in storage - 4GB doesn't go too far, you absolutely need a microSD card.

A slightly newer alternative is the Huawei Y625. The phone has a bigger 5" screen and a sharper main camera at 8MP. It tops out at 720p though, it can't record 1080p video. Other than that, it's fairly close to the Xperia (including the 4GB storage, unfortunately). It's sold only as a dual-SIM phone (it's slightly cheaper than the Xperia E3 Dual) and there's no LTE.


The Lumia lineup is still competitive on the low-end, though not as dominant as it used to be. The Microsoft Lumia 535 from late last year is the most widely used Windows Phone. It has a 5" IPS screen that's marginally sharper than the Huawei's. Its 5MP camera is even more limited, topping out at 480p, though you do get a nice 5MP selfie cam.

Plus, you get double the storage out of the box, 8GB. There's no LTE though and dual-SIM is optional (the sub-€100 phone is single-SIM). At least the software update plan is clear - all aboard the Windows 10 Mobile train.

A more compact option is the Microsoft Lumia 532. It's essentially the same phone, except with a 4" screen. You lose the 5MP selfie cam (it has a VGA imager), but it's cheap enough for the dual-SIM version to slip under the €100 mark.

PS. The Lumia 435 is another 4" option, but you don't save enough cash to make it worth going down to a dual-core processor (the 535 and 532 have quad-cores) and a 2MP fixed-focus camera.

We used to recommend the occasional Firefox OS phone here for color, but the platform hasn't made much progress. Meanwhile Samsung's Tizen jumped into fourth place, behind Windows. If that doesn't sound impressive, keep in mind that this is ahead of BlackBerry OS (not to mention Jolla and other hopefuls).

The Samsung Z1 is the base model (we'll look at the higher-specced Z3 in the next chapter). The Z1 is small with a 4" screen and modestly spec'd, but it's made to run Tizen and does it well.


What didn't make the cut

Here is a good place to mention some of the phones that didn't make the recommendation list. The Xiaomi Redmi 2 Prime is a cool phone with a 720p screen and a 64-bit chipset, plus an 8MP/1080p camera. Unfortunately, it is not widely available. The LG Tribute 2 with similar specs also caught our eye, but its availability is limited too. Same goes for the Yu Yuphoria and Lenovo A6000.

We usually recommend phones with a solid global footprint, although importing a phone is fairly straightforward these days. Still, you're potentially looking at a month of shipping time and limited or no warranty. 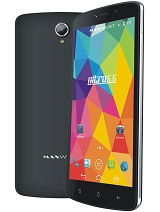