Things start to get genuinely premium now, several offerings boast metal frames and even unibodies, we even venture into QHD screens, 2160p video and 3 gigs of RAM. The 5" phones in the previous chapter were behind the phablets inthe feature race, here you'll find several beefier options.

The Meizu m1 metal is actually closer to the m2 note than the m1 (in some regions it's known as Blue Charm Metal). Its unibody is made of aluminum alloy cast using a special method, but we didn’t love the final result – it feels closer to polycarbonate than metal.

The phone is well-spec’d though. The 5.5" 1080p screen is a bit dim and contrast isn’t all that great, but at least does okay in the sun. The MediaTek Helio X10 chipset provides premium performance though, especially in the GPU department (where the m2 note was lacking). Getting used to Flyme/YunOS may take a while though (which one you get depends on the region).

Most powerful phones we've seen so far tended to have 5.5+ inch screens, so here's a beefy 5-incher. The Xiaomi Mi 4i has a 5" 1080p screen and an octa-core processor (Cortex-A53 based, but still). Its 13MP camera shoots 1080p video, pretty standard so far.

It costs a bit more, but the Xiaomi Mi 4c steps up its game with Snapdragon 808 (it swaps four A53 cores for two A57s and adds a much better GPU). This one also has a 3GB version (paired with 32GB storage). Note that neither of these has a card slot.

Finally, the original version, Mi 4, has an older (but still good) Snapdragon 801 chipset and a 64GB option. The main camera can record 2160p video and it has an 8MP selfie cam. This one can be difficult to find though.

Another powerful 5-incher is the OnePlus X and it has an AMOLED screen to boot. It features a metal frame and glass back, Europe is getting an exclusive ceramic version too. It's powered by Snapdragon 801 and has a 13MP/1080p camera, a throwback to the Samsung Galaxy S4 LTE-A.

It tops that 2013 model with dual-SIM and an 8MP selfie camera though. Also, the S4 is from Samsung's plastic era, so this one feels more premium. If you want LTE you should study the supported bands though, the OnePlus X does not work well in the US.

Another option is the Huawei Honor 6. It has a 5" 1080p display (an LCD) and adds some old-school oomph with four Cortex-A15 CPU cores plus four A7s. They are 32-bit cores, but fast. The update to Android 6.0 Marshmallow has already been scheduled.

We've recently seen some killer deals on the LG G2. It hails from the distant 2013, but will go toe to toe with the OnePlus X and Honor 6. For one, it packs a bigger 5.2" screen in the same footprint (it is noticeably thicker though).

It uses almost the same chipset and its 13MP camera has Optical Image Stabilization (OIS). There's no microSD slot though and only 32GB storage maximum (16GB is the base). Note that the Verizon version supports GSM networks and can sometimes be found for less (do make sure it supports the right frequencies ).

If you want something more modern and capable (or couldn’t find a good deal on the G2), the LG G3 is a pretty great phone. One of the first with a QHD screen, it smears the line between "phone" and "phablet" with a 5.5" display.

It also improved the camera with phase detection and laser autofocus plus 2160p video capture. And it added a microSD slot! The chipset is mostly the same, though there's an option with 3GB of RAM (the 32GB one).

While looking at the LG G3, have a look at the LG G Flex2 as well. It has seen a significant price cut and both cost practically the same. This one has a curved, bendable 5.5" P-OLED display and self-healing coating on the back, pretty unique features. And it's powered by a Snapdragon 810 chipset, instead of the 808.

It's not all good news though, the screen isn’t as sharp - 1080p, 403ppi (which is still a big improvement over the original Flex). Also, this is a first-gen S810 chipset and it has issues with overheating, which impact performance.

Still, the LG G Flex2 is a pretty unique phone. Maybe the compromises weren’t worth it when it launched at a full flagship price, but at under €300 it sure is tempting.

What didn’t make the cut

We left out some interesting devices here – they have a niche, but it's too narrow for a general recommendation. The LG G4 Stylus is a mid-ranger (despite its name), but it has a roomier screen – 5.7" – and a stylus. It's not as functional as Galaxy Note's S Pen, but this is fairly affordable. And you still get a 13MP camera with laser AF and OIS.

It may not have the specs of a G4, but it sure is priced like one. Not much of a deal for a 720p screen (a low 258ppi) and a mid-range chipset – either octa or a quad-core processor. RAM is good/bad too, you get either 2GB or 1GB, depending on the model.

The Alcatel OneTouch Go Play belongs in the sub-€200 category, going on specs, but it's an adventure phone. It has a water-resistance rating, which covers salt water too. IPX7 like the Moto G (3rd gen) has is for fresh water only. The Go Play has a case to which you can attach a GoPro camera and use the phone as a viewfinder for it. The phone itself has an 8MP/1080p camera on board. 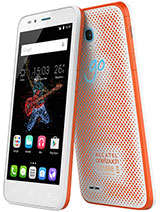 The Asus Zenfone 2 Laser ZE500KL – that's the 5" one, there are other models with 5.5" screens – it may have a 13MP camera with laser autofocus but if that's what you want, LG has plenty of models in this price range. The 5" 720p screen and quad-core processor aren’t particularly impressive.

The Samsung Galaxy A5 offers a 5" 720p screen but, as with the A3, the Galaxy J5 is the better offer. What about the Galaxy J7 then? It bumps up the Super AMOLED screen to 5.5", but keeps the resolution at 720p, which isn’t much. For 5.5 inches of OLED, we'd go with an LG G Flex2, even if it has its flaws it's still a former flagship.