We already saw the Blue Xiaomi Redmi K30 Pro get disassembled on video, now hands-on photos of the the White version have surfaced on Weibo. Well, the back panel is white, anyway, while the circular camera hump and the front panel are still black. 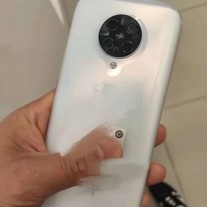 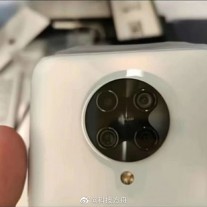 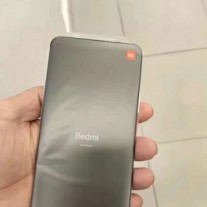 That camera hump will be quite impressive, housing two 64MP sensors - one for wide angle shots, another for 3x telephoto shooting (akin to the Galaxy S20). The phone will be capable of recording 8K video too, the rear camera will be quite an improvement over the current K30 and K30 Pro.

Weirdly, the Redmi K30 Pro will replace the 120Hz LCD of its predecessors with a 60Hz AMOLED and we're not sure dropping the notch in favor of a pop-up selfie camera makes up for that.

Anyway, the phone will be unveiled tomorrow and we already have an idea of how much it will cost.

Almost perfect, sorry I really like that phone, wifi6, 5g, no notch, hols etc. BUT and big BUT is 1080p for thst big display? Where is 4k I don't really care refresh rate I didn't seen different but that is big downgrade and sorry wrong one. Alm...