Hangouts 8.0 started rolling out for Android last week, but the update began hitting the instant messaging app's iOS client yesterday. And it brought along an iOS-exclusive feature: the ability to send video attachments up to 1 minute. 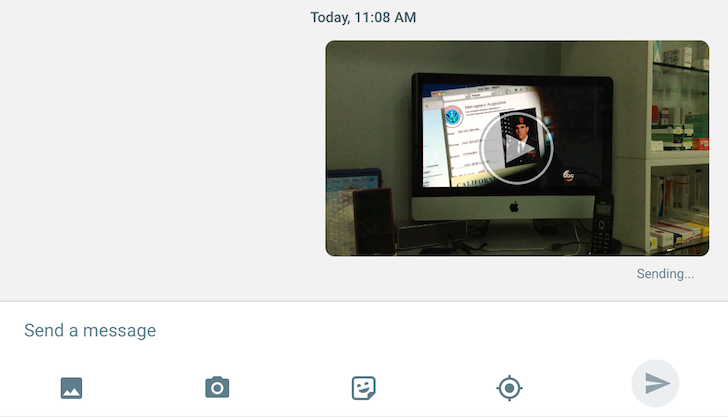 Yes, Hangouts users on iOS will now be able to record and share videos of up to 60-seconds in length. In case you don't already know, Hangouts for iOS has had the ability to send 10-sec videos ever since version 2.0 came out, something which happened back in 2014.

Sadly, there's currently no information on if and when the feature will be available on Hangout's Android client, although given that the client never even got the ability to send 10-sec videos, chances for the latest feature hitting Android are quite slim.

Aside from 1-minute video attachments, the latest Hangouts for iOS update also includes support for Google for Work - Mobile Management, and a couple of fixes.

I agree with all comments below apart from the one directly below this one. Hangouts is fine - it's just not given the attention it deserves on Android for some unknown reason. Very odd. Hope Google get their act together soon.

Hangouts is a horrible app in almost every way.

So google puts IOS first and Microsoft puts android first. I think they are confused -_-