MediaTek is preparing to launch the Helio P40 and Helio P70 midrange chipsets in the upcoming weeks, and the latter just popped on AnTuTu. The SoC scored 156,906, which is higher than the Helio X30, Snapdragon 660 and Exynos 7872. 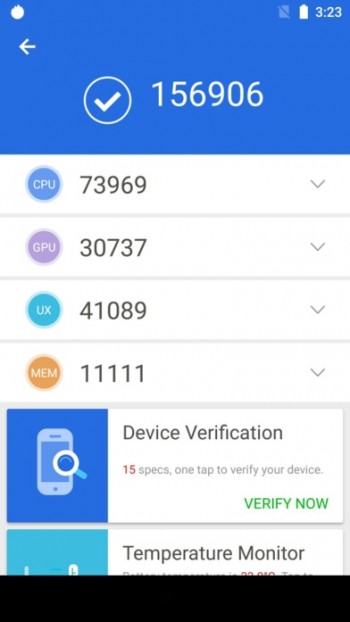 UX score of the upcoming midranger is 41,089, outperformed only by the flagship Helio X30 but at least it is leading the SoC race in RAM with 11,111. The cumulative score is almost 157,000 which is higher than the result of a Snapdragon 821 in the LG G6 or a Snapdragon 835 in the Sony Xperia XZ Premium. 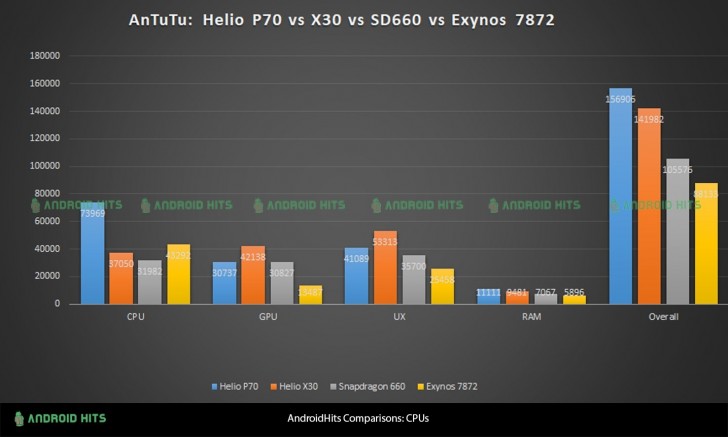 The Helio P70 is expected to be built on the 12nm process by TSMC. It will have octa-core CPU, Mali G72 MP4 GPU, and Category 13 LTE modem. MediaTek is yet to announce any phone makers that will use the chipset.

not every snapdragon has custom rom either. there are a lot of mediatek devices out there has support for custom rom. android updates is more likely depends on oem, there are lots of oem using snapdragon but wont update their phone..

We talking about unfair behavior that kill competitors according to many jugements! What do you want? Monopoly? Have the choice between Samsung, Huawei or devices that all use Qualcomm? I don't! Monopoly lead to higher price ! About support ...