These Nokia phones will get Android 10, Nokia 8 is missing from the roadmap

Right after Google officially announced Android 10 HMD shared a roadmap of all the Nokia phones that will get Android 10.

The first phones to get the bump up to Android 10 (formerly Android Q) are the Nokia 9 PureView, Nokia 8.1 and Nokia 7.1 in the final quarter of this year. 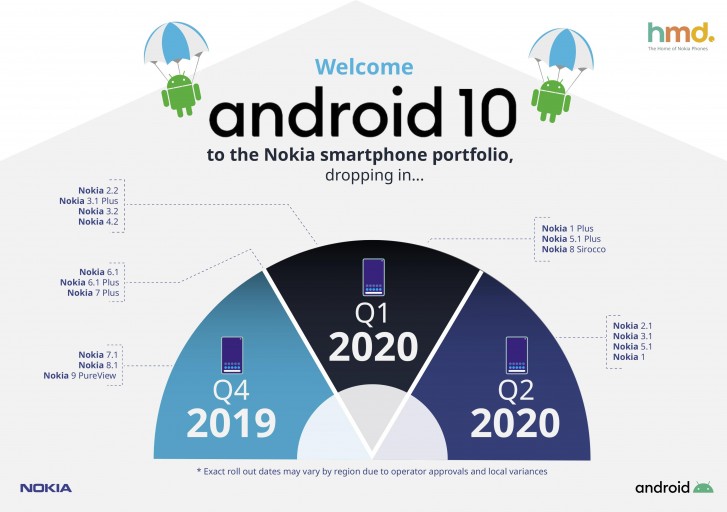 A notable absentee from the roadmap is the Nokia 8 and fans on Twitter are not hiding their frustration. Recently HMD extended the security update period for the Nokia 8 by one year, through to 2020, but didn't share any plans to bring major OS updates to the phone.

We'll have to wait and see if it gets added to the Android 10 eligibility list later on.

After being the fastest to upgrade Nokia phones from N to O and O to P, I am super excited to share with you that the Q(ueue) for Nokia phones is moving fast as we get ready to welcome Android 10 on Nokia smartphones – roll out starts in Q4, 2019! #Nokiamobile #android10 pic.twitter.com/qXM4ZXAPBo

never, the phone is over 2 years old