HiSense U30 is the first phone with SD675, Samsung's 48MP camera

As other phone makers nap, HiSense swoops in with the most interesting handset at CES – the HiSense U30. This is the first phone with the new Snapdragon 675 chipset and that’s not even the best part.

The rear camera features a Samsung ISOCELL Bright GM1 48MP sensor - the first phone to do so. There’s also a 5MP depth sensor next to it and a fingerprint reader.

The 20MP selfie camera lives in a punch hole in the 6.3-inch 1080p+ display. It’s the first panel of this kind made by Tianma, previous models used BOE displays (Samsung Galaxy A8s and Huawei nova 4). 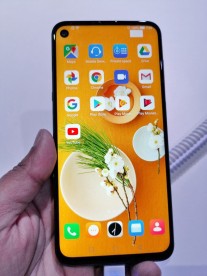 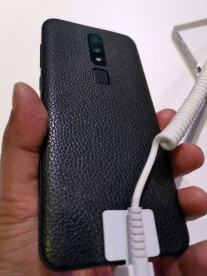 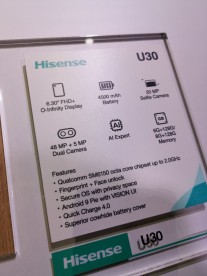 HiSense U30 (photos by XDA-Developers)

The phone will launch with Android 9 Pie skinned with Vision UI 6. It has two RAM configurations – 6GB and 8GB – while storage is fixed at 128GB (there’s no expansion slot).

The HiSense U30 packs an impressive 4,500mAh battery with Quick Charge 4.0 support, rounding off an excellent package. We’re not so sure about the cowhide texture on the back, it seems like leatherette backs fell out of fashion a few years ago.

The U30 will launch in March this year and will be available in China, Russia and parts of Europe. No word on pricing yet.

Nice specs on paper, the question is when will it be released or will it ever be released? Who cares if you are the first device to use a new soc or chip if it doesn't reach the target audience? The Redmi Note 7 Pro is already launching in India, bea...

Maybe the only bloatware in stock android is Facebook and messenger but it can be deleted. But in this case Oneplus and Cyanogen rules.

Those "punch-hole" cameras look far more inconvenient than the dreaded notch. The notch was at least near the top and was intruding on the status bar only. Look how much space this hole takes because of the distance between itself and the top edge.