The Nokia 6, 5, and 3 have all received updates this month. However, unlike the first two, the Nokia 3 didn't get Android 7.1.2 as part of the update. Well, HMD has now confirmed that the phone will indeed be getting the updated Nougat OS version. 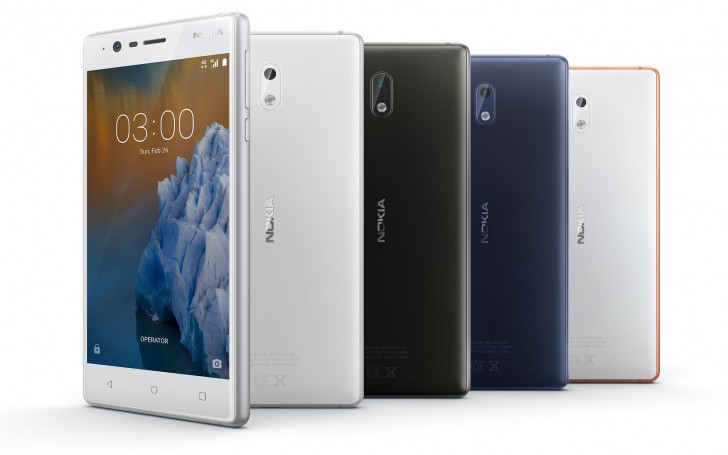 The company also revealed the reason behind the delay. The Mediatek processor on Nokia 3 means slight delay in getting updated drivers and some more time required to complete their testing.

The update should arrive sometime next month (likely along with the monthly security patch) because the device - as well as all other Nokia branded devices from HMD - is already confirmed to get Oreo before the end of the year.

I had purchased it Nokia 3 ,2months back online flipkart, but my complaint is BATTERY IS NOT SUPPORTING EVEN FOR 12 Hrs. Very funny. I'm using NOKIA mobile fon since from 2004. Plz advice any solution? My e-mail id--girishgupta1102@gmail.com .. I'...

That's the reason the AT&T's LG K10, which has Qualcomm Snapdragon 210 chipset have received the Android Nougat while the LG K10 international (which comes with chip Mediatek MT6753) continues on Android Marshmallow.

When HMD is producing Nokia is it an HMD or Nokia? When ADIDAS is producing NIKE, is it an ADIDAS or NIKE? I'm badly confused here,please someone help...