HMD has revived two more Nokia classics with the Nokia 6300 4G and the Nokia 8000 4G. The handsets run KaiOS which comes with plenty of useful apps like WhatsApp, Google Maps and Assistant. In the case of the 6300 4G the design is nearly identical to the old 2006 version, but the Nokia 8000 4G does not come with the slide-out keypad found on previous 8000-series devices. 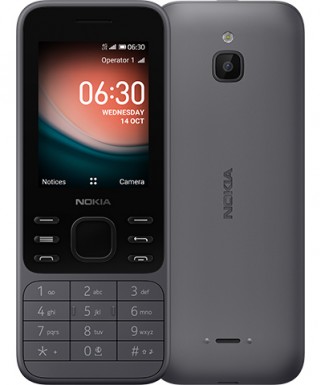 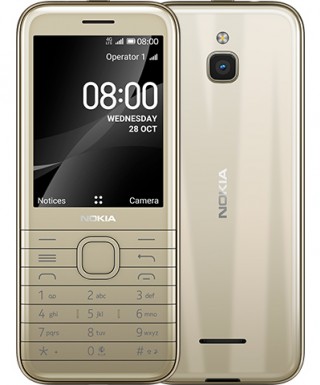 It packs a Snapdragon 210 chipset and 4GB internal storage though there is a microSD slot for easy expansion. The 1,500 mAh battery is removable and charges over microUSB. Nokia claims the phone can last up to 25 days on standby with 4G enabled. Other extras include 3.5mm headphone jack, FM radio receiver and Wi-Fi hotspot functionality.

Nokia’s 8000 series have always offered a more premium finish and build than regular models but that only sort of true with the 8000 4G. It’s still made from plastic though with a noticeable curvature and chrome frame finish which adds a more premium look and feel. The Onyx Black, and Citrine Gold color combos are clear nods to the days of the Nokia 8800 Arte series.

We have a 2.8-inch display with QVGA resolution (320 x 240 pixels) up front while the back houses a 2MP still cam. The Snapdragon 210 chipset sits at the helm paired with 512MB RAM and 4GB internal storage which is again expandable. You also get Wi-Fi hotspot functionality, a headphone jack and FM radio.

The 1,500 mAh battery charges over microUSB. It’s rated at up to 25 days standby on 4G connectivity. Alongside the Onyx Black and Citrine Gold colors, the 8000 4G is available in Opal White and Topaz Blue. Retail is set at €79 ($93).

symbian was good. I am nostalgic about 5230 and asha phones in india.

can this phone able to block calls

Is this handset will be launch in the Philippines?