HMD is holding a product launch event later this month. The company has started sending out press invites for the event which is scheduled for May 29 in Moscow (Russia). 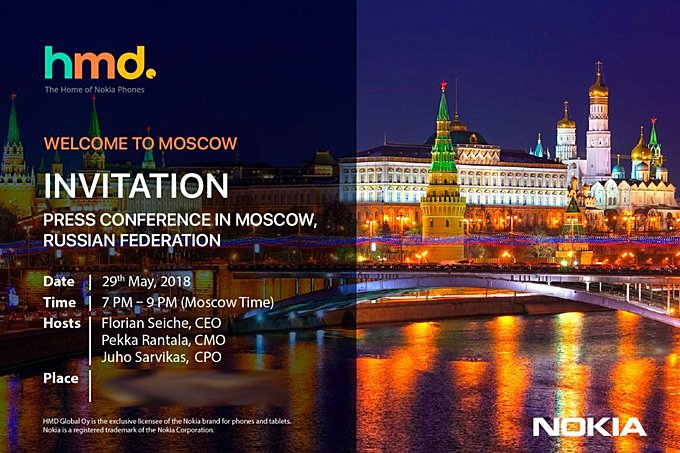 While the invite doesn't reveal anything about the product(s) the company will announce, given that all top HMD executives will be in presence, it's reasonable to expect one or more new smartphones will be unveiled at the event.

An HMD executive confirmed at this year's MWC that the next gen Nokia 2, 3, and 5 are in the pipeline, but an Nokia X6 launch is more likely given the torrent of leaks lately.

It is already launched but GSMArena is slow as hell. God!

The Nokia 2 has RAM managements and features from Android Go