HMD unveiled three budget smartphones mere hours before the start of the annual MWC in Barcelona - the Nokia 1 Plus, Nokia 3.2, and Nokia 4.2. One feature phone is also on the list - the Nokia 210.

The Nokia 4.2, despite what the model name might suggest, isn't a successor to a specific device. Not only that, but it's the first Nokia phone ever to use the number 4 at that start of its model number.

The Nokia 4.2 is a dual-glass smartphone with a plastic frame, which makes its build the most premium of the newly announced budget offers. The 4.2 model packs a waterdrop-notched TFT display of 720p and 5.71" in diagonal. 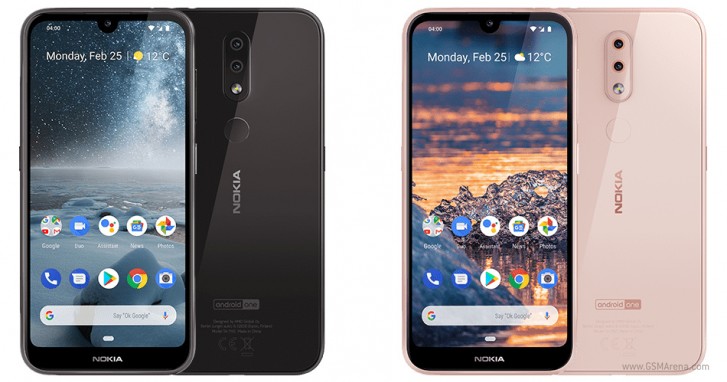 Nokia 4.2 has a dual-camera on the back - a 13MP f/2.2 snapper with a 2MP depth sensor, phase-detect autofocus, and a LED flash. The main camera supports the trendy night mode, which stacks a couple of images to produce a better exposed low-light photo. 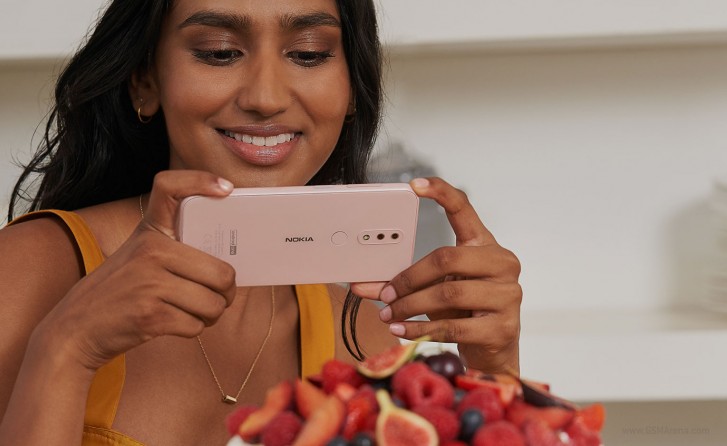 There is also a fingerprint scanner at the back, just below the camera.

The small curvy notch has the 8MP selfie camera, which can also be used for AI-driven Face Unlock. And speaking about AI, we should note the Nokia 4.2 has a dedicated Google Assistant key, so talking to Google's smart assistant is just one click away.

Finally, the Nokia 4.2 has a pulsating white notification light in its power key, just like a couple of other Nokia phones. It supports 4G, there is FM radio, NFC, and vanilla Android Pie courtesy of Android One is 4.2's operating system.

The Nokia 3.2 expands on the Nokia 3.1 and 3.1 Plus with an even bigger screen with smaller bezels, larger battery, newer chipset and up to date Android OS. 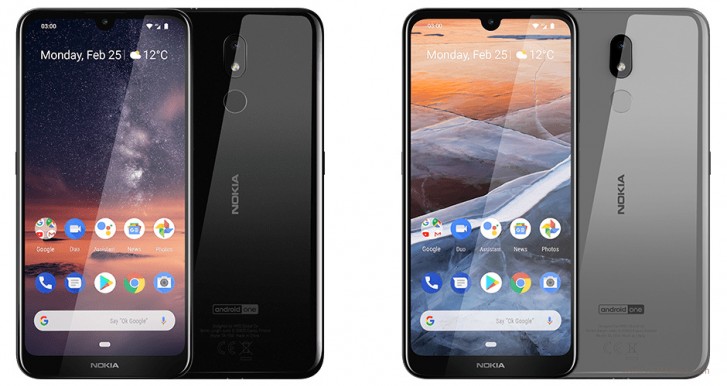 The main camera of the Nokia 3.2 is a single 13MP shooter with autofocus and a LED flash. There is no night mode here. The front 5MP camera not only works for selfies, but it supports Face Unlock as well.

The new Nokia 3.2 features a beefy 4,000 mAh battery, which should deliver some outstanding battery scores.

The Nokia 3.2 runs Android Pie as part of Android One, so regular security updates are to be expected monthly.

Nokia 3.2 has a bright notification light within its power key, just like the 4.2. 4G support, FM radio, and a dedicated Google Assistant key complete the Nokia 3.2 specs.

The phone is expected to launch in April in black and steel colors and cost $139 for the 16GB model and $169 for the 32GB one with the fingerprint scanner.

The Nokia 1 Plus, as the name suggests, is a larger version of the Nokia 1 launched a year ago. It's still the same budget phone running Android Go edition, but with a taller 5.45" screen and a larger 2,500 mAh battery.

Obviously, that's quite a feeble hardware and hence the Android Go Edition though this time around it's version 9 Pie. It will receive monthly security updates, as usual.

The camera department got an upgrade, too. The Nokia 1 Plus has an 8MP camera with autofocus and LED flash at the back and a 5MP selfie snapper at the front with Beauty mode. 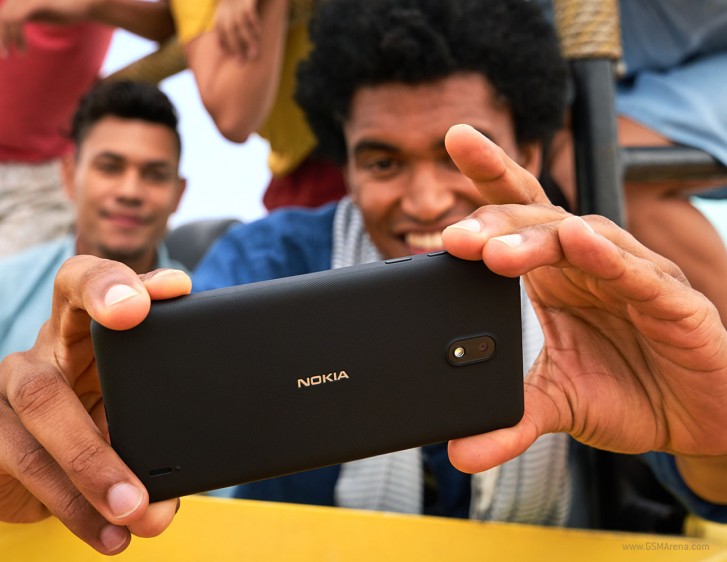 The Nokia 1 Plus will be available in black, red, and blue options and will retail at $89. A limited 16GB model will go on sale for $99 in Latin America at some point. The Nokia 1 Plus has interchangeable back covers and a removable battery.

Yes, HMD still makes Nokia feature phone and it was actually happy to share that it's the world's Top 1 feature phone maker. So it should not be surprising that they've announced one new feature phone side by side with those three Android smartphones. We are talking about the Nokia 210 although there is really not much to talk about. 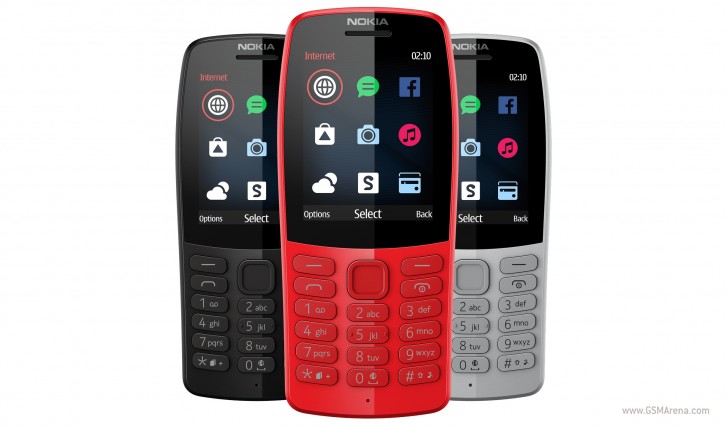 The Nokia 210 has a 2.4" QVGA screen, the usual clicky numpad, and it packs a VGA camera on the back with a LED flash. The phone runs on S30 software that offers Opera Mini Browser, Facebook, and Classic Snake game. There is a Mobile Store for app downloads, though the storage for app installation is really scarce, so your choice is extremely limited.

Again HMD is late to the party

Yep, the king of the overpriced lower specifications phones, as you can watch. Low quality materials and design from every angle at their price.