Notice the change in scenery? See the wildlife growing in size? We are now deep into predator territory. A smart QWERTY messenger is in fact for some people the best smartphone on the market overall. You know – if a few millimeters of extra thickness don’t bother you (and they are getting fewer these days), getting a device that offer the full touch experience and speedy text input is really an option.

The device that managed to grab our hearts here is the HTC Desire Z (not that we had much choice in the firs place). Packing the latest version of what is currently the second-soon-to-become-first most popular smartphone platform a unique opening mechanism and the new generation Qualcomm CPU the Desire Z is a real beast. 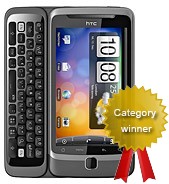 But that’s only the start of its list of assets – perfect connectivity, loads of RAM and app storage plus the company’s proprietary Sense UI are not to be neglected either. And that 3-second boot time is impressive, even if not needed by everyone.

In general the Desire Z has very few major weaknesses and none of them are actually deal-breakers.

We have to admit to taking a bit of a gamble with our second recommendation here as we haven’t completed our review just yet. Still Motorola MILESTONE 2 looks very much like the device to please QWERTY addicts with a taste of smartphone muscle (again, the choice of high-end QWERTY smartphones is quite limited this holiday season). 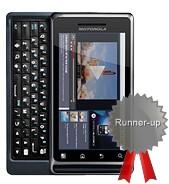 The first MILESTONE was already a pretty great device and adding a 1GHz CPU, more internal storage and RAM made it all the better. The removal of the D-pad in favor of the four arrow keys made more space for the real keys and the high-res display makes browsing all the more enjoyable.

It’s only the tweakers that would do better to stay off the MILESTONE 2 – with Motorola locking its bootloader, it’s bound to give you more headaches when you start tinkering with it system files. Mind you, Desire Z also had issues with third-party ROMs but the hacking community has overcame them already.

Gaming on the go

Gaming is the new megapixel race as far as mobile phones are concerned. We’ve reached a point where a platform’s gaming capabilities are one of the things people care about the most. Cool game titles and variety in the gaming part of the application repository are now valid reasons for picking one handset over another.

The device to benefit the most from this new trend is the iOS-powered iPhone 4. The App Store offers the most high-quality titles and while the Android is doing all it can to catch up, they will need more time. Meanwhile the Apple faithful are enjoying the fine graphics of Rage HD on their Retina screens. 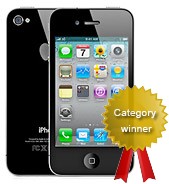 There’s no definite runner-up in this category as every WVGA Android with Froyo with 1GHz CPU would be a suitable choice for playing the best that the Android market can offer, and picking one of them will not be quite fair.

Top-notch audio quality, loud output and ample storage – those are the three vital components that make a great portable music player. There is also a fourth one - good battery life, which could earn some bonus points.

Fortunately, there is a device that delivers an excellent performance in all of the above. Some of you probably guessed that it’s again the latest iPhone we are talking about. Indeed the iPhone 4 is the best performer even among its own very musically-gifted family.

Apple’s iPod experience counts big time here as the handset has nice and simple interface, flawless output and can last for ages on a single charge. The iTunes-only syncing is the only thing raining on iPhone 4’s parade.

We guess the now elderly iPhone 3Gs will do just fine as a music player, although it’s only available in the 8GB variety.

If you would like a simple copy/paste upload you can go for Nokia’s latest Symbian^3 handset, the C6-01. It’s a bit quieter than the iPhone 4 but that’s about all the compromise you need to make. And you’d be saving yourself quite a lot of money if you go this way.

Honestly, with microSD storage getting cheaper by the day, there are a lot of handset that would do great at playing your music collection on the go. Some higher-end handsets may even throw a few extras such as an FM transmitter, however almost any phone out there will do. Don’t forget to check our audio quality tests in the reviews before you buy.