Nowadays 720p is not even considered a great achievement but actually expected from all high-end smartphones and there are even some reaching for the 1080p milestone. That’s doubling the video playback resolution in just under a year – great progress indeed.

Anyway, with ample screen estate, excellent codec support (including DivX and Xvid) and spotless performance, the title in this category goes to Samsung Galaxy S. 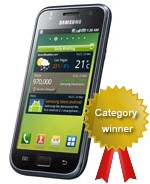 Not only does it have the mobile screen we consider most enjoyable for watching videos, but it also allows you to easily upload videos to it. A simple copy and paste from your computer would do and converting would very rarely be required.

Plus our dedicated video test showed that the Galaxy S is pretty well performing in terms of battery life.

However there is one device that managed to play videos for even longer than the Samsung Android flagship. The Apple iPhone 4 is the joint runner-up here with its great energy efficiency and flawless performance (that beast can even do 1080p with the right software). 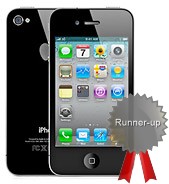 Ultimately its screen size, iTunes dependability and limited default codec support deprive it of another first place in this article.

Instead the iPhone 4 has to fight it out with the Nokia N8 for the title of second best portable player. We couldn’t get the Nokia handset to play files over 720p resolution or over 2GB in size, but it more than made up for that with its HDMI port.

We’ve spoken so much on the topic recently that we really don’t have much more to say. If you are taking photography with your mobile phone seriously, you have no other option but to go for the Nokia N8.

The handset has the best camera in a mobile phone we have seen and even managed to outdo a dedicated digicam in our blind test. Not only that, the N8 used its large sensor pretty well and got a considerable advantage over its cameraphone competitors.

And since the rest of the mobile world seems to have abandoned the cameraphone race over the past twelve months, there is just no other handset to recommend here. And most certainly, not one worthy of standing next to the N8 and its 12 megapixel, wide angle, large-sensor camera.

Windows Phone 7 is certainly not the most functional of platforms currently available (as a matter of fact it’s probably the least functional), but if there is one thing it’s good at, it’s social networking. The great integration, combined with the ultra high-end specs give up for flawless performance.

That’s why we felt picking a WP7 handset as the winner here would just be the right thing to do. And having tried almost all of them out, we are going for the Samsung I8700 Omnia 7. Super AMOLED screen, metal body and arguably the most decent camera among WP7 phones are what set it apart and since WP7 devices are virtually identical internally, those are a lot of aces in the Omnia 7 hand.

And yeah, we realize those are not exactly related to social networking, but they are the only way to tell those handsets apart. Plus it’s not like you are going to use your mobile for Facebook only, are you?

If going for a platform with limited capabilities and unknown future is not exactly your cup of tea, we suggest you get a taste of the SNS-centered MOTOBLUR UI with the Motorola Defy. Compact, durable and nicely looking, this device will be more than adequate for keeping all your social network profiles updated even when you are on the go.