Huawei held a massive event in London back in May where the Honor 10 was announced. The device appeared in stores immediately after that and people started buying it. Owners of the flagship in India has just started receiving their first OTA update that brings EIS to the camera and Party Mode that allows a user to connect to multiple phones to play the same song simultaneously. 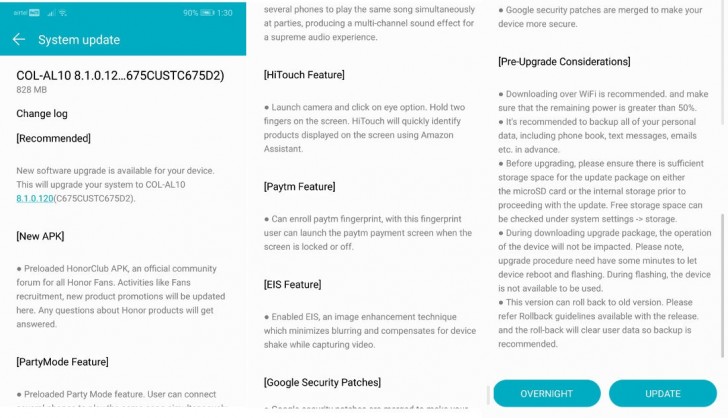 The new update has a system number COL-AL10 8.1.0.120(C675CUSTC675D2) and is 828 MB in size. It installs Honor Club app that connects the owner with other Honor fans and brings announcements and product questions and answers. There is also a security update from May 2018 and brings the regular patches and bug fixes. 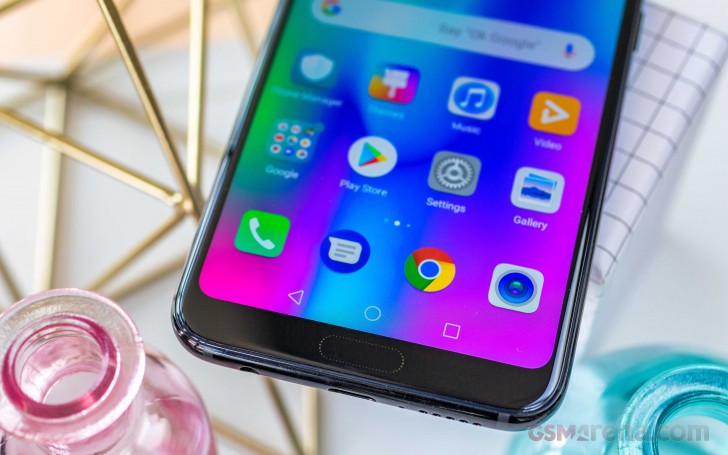 Along with the EIS, the camera now also has HiTouch feature. To get it going, you need to hold two fingers on the screen. The feature will identify products on the screen using Amazon Assistant. There is also the ability to enroll paytm fingerprint - simply by touching the scanner the paytm screen can be turned on.

Once you are using the face unlock, you will not bother to use the fingerprint anymore.

I disagree with you. It is very fast. Perhaps you don't own one that's why you can say that.

Fingerprint sensor is very fast. Only the registration is slow but once registered it is lightning fast!