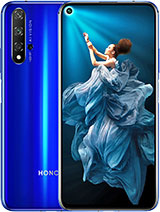 Which one is better? Xiaomi Redmi Note 8 Pro of Honor 20? Thanky you!

The screen on the Honor is slightly darker but better evenly lit.

Software is pretty identical, though the Honor 20 has already received android 10. Nova 5t has not (In the UK anyway).

Unfortunately, in my opinion, the handsets are not great. Camera's are only good in certain lighting/conditions, otherwise pictures look really soft and washed out. Macro lens is pretty useless.

Great processor - fast, apps load quickly. Gaming is ok though the screen response time is not that great.

The audio quality is appalling. The loudspeaker (if you can call it that) is awful. Sound through wired headphones via usb c and adaptor is below average.

Battery life is again, very bad. Standby time is ok, but when you actually use the phone to play games, watch videos etc, it drains rapidly. I was averaging around 3.5 hours on Nova 5t (heavy use/gaming) and around 4/5 hours on the Honor 20.

The battery life is ok if you're only calling and texting/whatsapp etc - but editing pictures and using other apps - the battery just rapidly depletes.

I did experience battery anxiety a few times when I would go on Long commutes, so I hesitated to actually use the phones, and put them in power saving mode to save battery life.

Overall - they are ok handsets but nothing great about them. The software is also not as fluid as it is on the mate 20/Pro 30, and even the honor view 20. The view 20 seemed so well optimized. There are the odd little animation hiccups here and there on both the nova 5t and honor 20 so it isn't as fluid - it is definitely likely to be due to software optimisation, as the processers are the same across the board.

Wifi speeds are decent and so are 4g speeds. Signal quality was also good though.

The biggest concern for me is battery. It's just not really reliable if you plan on travelling, and want to watch movies, shows, play a few games etc. If you're not planning on user the phone except for calls and messaging when commuting then yes its fine. But otherwise.. no.

For some reason, on the nova 5t and honor 20, the in built blue light filter makes hardly any difference regardless of how high you set it. This is a shame when using the phones at night. (Not sure if this can be fixed via a software update, but I doubt they will as I don't think either of these 2 handsets will really be supported to that extent).

Overall though,. I'd give them both a pass and wait to see what Honor and Huawei bring out this year 2020. But the choice is yours. Good luck!

1 . Is there any difference between this phone and the Nova 5t based on software and update (emui vs magic ui) ?
2 . does it have ufs 2.1 memory as the nova 5t does ?
3 . What's the difference in build quality between them ?

Anonymous, 09 Jan 2020IR blaster works fine on the Honor 20. Also, the notification Led is RGB - mine will flash ... moreThere is not ir blaster!

Iam using this phone. this phone is good but this phone is comes with magic ui which is not good to use because am using other honour phones which is comes with EMUI which is far better than magic ui. in magic ui more options and features are skipped.
there is no app hiding feature
twin apps feature works only on whatsapp
in background apps lock option not there
honor party mode is also not there and i trying to install that apk that is not supported in this magic ui
magic ui is nothing but just skipping some features and giving limited options
so that what am saying is just choose another honor devices which is running on EMUI if want to use honor mobiles
i loved honors EMUI not magic ui. I used both.

Also, the notification Led is RGB - mine will flash white with WhatsApp notifications, glows orange charging, etc. Its not just red or green as the review says.

MNASIR, 14 Dec 2019is this product is available purchase online on installment delivery in Karachi PakistanBrother this is not that impressive phone. Mi 9 will give you front back gorilla glass 6 with wireless charging. Will have an amoled panel. Has a telephoto. Sd 855.and faster charging.mi 9 costs about 75000rs and this phone for about 80000.or if you want to save some money. Then mi9t pro. It just got launched here and is at 61000rs.Which makes it alot better. Plis huawei future is not clear what it will do in future.

Null, 31 Oct 2019Gsmarena might've used the Snapdragon variant of the s10e to do the test so it might came out ... moreYes, it has face unlock

Anonymous, 11 Sep 2019Honor 20 has 89h endurance rating and S10e has 83h endurance rating. They are not so different. Gsmarena might've used the Snapdragon variant of the s10e to do the test so it might came out as okay but let me tell you that the Exynos variant got horrible battery life. I owned Exynos s10e and the Honor 20, with the s10e i would get only around 3-4h of sot, it would usually died off on me at 5pm while with the Honor 20 i would regularly get impressive 8h of sot and could stand until i recharge it at midnight.

Face unlock or not

Is it dual speaker?

Anonymous, 03 Sep 2019I`m wondering if Honor 20 is going to receive regular updates since Huawei has these problems ... moreYes, android 10 beta will available at late september

tito999, 29 Aug 2019can anyone confirm if the IR blaster is working. have been getting conflicting reviews about it.no ir blaster, its senzor proximity for brightnes

I`m wondering if Honor 20 is going to receive regular updates since Huawei has these problems with the US government??

Total of 152 user reviews and opinions for Honor 20.
ADVERTISEMENTS