Honor 20i is coming officially on April 17

The Honor 20i will be officially introduced on April 17, the company profile on Weibo announced with a video. The phone will have a notched screen, where the waterdrop cutout will be occupied by a 32 MP selfie shooter. 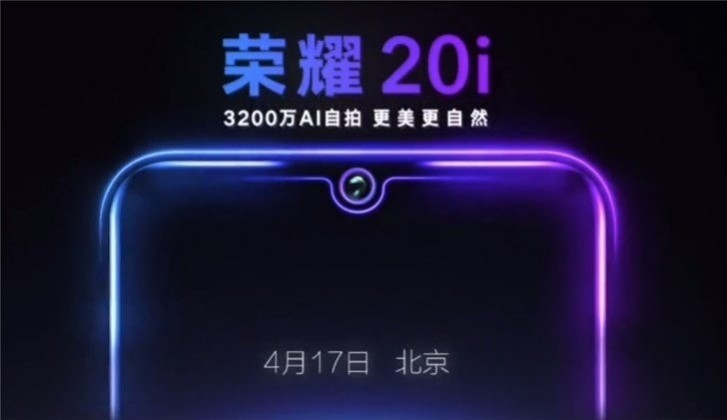 The teaser about the launch in Beijing does not reveal much, but phones with model numbers HRY-TL00T and HRY-AL00Ta appeared on TENAA with the same front-facing camera and a triple main setup on the back.

While the Honor 20i got a promo video to show itself, the Huawei subsidiary is actually planning another product launch at the event - Honor Magicbook 2019. It is a pretty obvious take on Apple’s MacBooks, but we have to wait until next Wednesday for full details.

will huawei/honor ever rest? lol.

...so the release was two years ago?