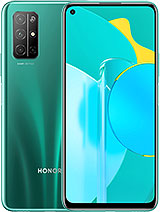 Nanidafuq, 03 Apr 2020Not really, it ain't the best or there but it's okay. I think he means the ones that are used ... moreThe AMOLED on Redmi K20 is a decent one, better then those on many of Samsung's low-end M series and A series phones.

Anonymous, 01 Apr 2020K20 has a cheap amoled???Not really, it ain't the best or there but it's okay. I think he means the ones that are used in budget Samsung's like the a30s

Lcd users are far more than oled / amoled users in China ..but again price will determine if the phone will use oled or not...if the price will be cheaper it has to be lcd ...if you want oled Huawei mate and p series are available ...

It is not correct to say Chinese smartphone buyers prefer IPS in general. But there are non-trivial percentage of flagship-phone buyers who prefer IPS over AMOLED. We should not be surprised if Honor starts to offer AMOLED for their flagship series, for example, starting with Honor 30 Pro Plus, if the market research indicates more buyers interested in this model prefer AMOLED at this point in time.

People of China prefer ips lcd screen and I don't see any competition whatsoever with K series from xiaomi because Honor will always be ahead Redmi in term of performance and hardware....Good design , powerful camera , quality lcd & so on....Let me burst your bubble....Redmi Note series always outsale K series in China

Honor 30 series will face some serious competition this year. Redmi has just dropped $30 on Redmi K30 5G to compete with Honor 30S. Vivo will enter this segment with SD865 based phones with IPS screen option.

Don't really know what "Honor 30 Pro Plus" is all about. Rumor has it that Honor 30 Series will offer the best camera system ever for this price segment ($400-$600). Not only will it beat "Redmi K30 Pro Zoom" by a margin, it will give Xiaomi Mi 10 Pro a serious run for the money. Just a rumor for now, though.

IDONTKNOW, 01 Apr 2020LCD doesn't burn in. Both have their superiorities. I prefer to have a quality LCD than a chea... moreK20 has a cheap amoled???

yawlikm, 31 Mar 2020can you name a good reason on why people prefer an lcd display over amoled?LCD doesn't burn in. Both have their superiorities. I prefer to have a quality LCD than a cheap amoled. See redmi k20.

IPS over AMOLED, 31 Mar 2020Yes, a larger percentage of potential buyers of Honor Flagship series prefer IPS over AMOLED. ... morecan you name a good reason on why people prefer an lcd display over amoled?

Dennis.K, 31 Mar 2020I meant did they specifically choose to have an IPS display*Yes, a larger percentage of potential buyers of Honor Flagship series prefer IPS over AMOLED. (This is based on market research done by Honor Marketing team, on a weekly basis.) Those are tech-savvy buyers who have had extensive prior experience with both IPS and AMOLED screens and have a clear understanding of both the pluses and minuses of both type of screens.

There are many reasons why a non-trivial percentage of tech-savvy buyers prefer IPS over AMOLED. A full explanation would require an essay which should be avoided here.

Total of 74 user reviews and opinions for Honor 30S.
ADVERTISEMENTS