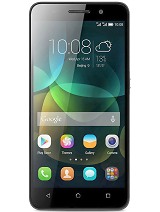 superb phone for its price.

Have Honor 4C about two weeks. All-in-all: excelent smartphone for this price (about 120€).
I am a user who don't use phone too much/ every few minutes.
-Using: for calls, messages, sometimes to find few info on the net when I need it using wi-fi only), take a picture/ selfie, find a place/ route with map's app.
Big plus for nice built-in feature which is fine to me: traffic manager, app lock, safe-lock files on your sd.
Camera (front and back) 10/10
Battery 9.7/10
I recommend this phone for sure, definitly good one. :-)

Elaine, 27 Dec 2017I also encounter that kind of problem about its data connection.. always 2g Even standing directly opposite 3G antenna I still don't get 3G signal. This started from the first day I bought the phone, I thought it was a network issue not until i used other phones. This is really disappointing.

AnonD-722832, 16 Dec 2017the phone's coverage is not consistent. turns to 3G but after a few minutes when you turn the ... moreI also encounter that kind of problem about its data connection.. always 2g

same case to me here in kenya,the phone losses fro 3g to 2g,the network is not cosistent

the phone's coverage is not consistent. turns to 3G but after a few minutes when you turn the mobile data on it'll switch to 2G. While other phones shows consistent 3G or 4G coverage on the same place.

Regret, 07 Dec 2017Its bad handphone. The coverage is always not consistent 3g to 2g to 3g. Why i said this?Becau... moreit not the fault of phone, fckr its ur sim network provider they dont have stable signal, dont blame huawei

Its bad handphone. The coverage is always not consistent 3g to 2g to 3g. Why i said this?Because its happened when im at putrajya and KL.Sometimes the coverage lost..very bad!.

Saad, 06 Oct 2017Yes it supports mira cast, if it is upgraded to Marshmallow 6.0, EMUI 4How to upgrade to marshmallow
N it very good phone
But only cant get 3G line for data
Its making problems

Please i need help. When i use the video of my 4c it has no audio but when i go live on facebook it hàs audio. What shall i do with this?

Mani, 01 Nov 2017I want to buy this phone can anyone tell me is it good or bad to purchase with your experience... moreI ve used for a year but its good phone. Nevers heats. Super battery. Everything is great

One of the best phones in the market.

Phone seller recommended This phone for me. Now 2 years without any problem wow. Amazing. Special Gaming Mode Which opens 8 Processors at once. and Normal mode with 4 Processors. Full HD Video Recording and 13MP Photo. it's not a LTE phone but it gives 4G speed from HSPA+, Wide Angle View, can see things from any angle. True colors. DTS Sound. In built Beauty Cam. 10 12 Falls doesn't damage display.

I want to buy this phone can anyone tell me is it good or bad to purchase with your experiences plzz ???

the phone is great but the problem is the storage as it is not sufficient to handle many applications.

My Huawei Honor 4c . Video can not Play error, how can I remove this error.

it is a great mobile phone. i have been using it for more than 2 years with no complaint yet. I like it very much.

Total of 3129 user reviews and opinions for Honor 4C.
ADVERTISEMENTS