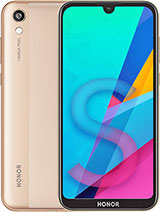 Love the screen size. A budget phone that can be also a compact phone.

bakla, 19 Nov 2019Vs Redmi 7A i have checked both side by side.
battery 7A
screen 7A. u can see pixels on honor 8s. youtube experience in 720p is below average on both phones. but 7A little better than 8s
camera. both terrible. but 7A little better
performance. overall 7A. but camera apps lagged a lot even in brand new 7A phone. otherwise it was okay
both have dedicated card slot
redmi 7A has second space. its a very helpful feature if u use it
Honor 8s is consistent with monthly updates. xiaomi is not. both run on android 9 till now

It is really good phone for its price.It worked fast for its limit.

I think this phone good for me

Using this phone is not a bad experience. Despite that, my last phone in use was Motorola Turbo 1.

austinboey, 21 May 2019its the same as the old 2014 honor 6 but honor 6 battery is 3100 and better screen resolution ... moreIts CPU and GPU is better overall since it drain far less battery and is far more modern...

I would rather spend for the 8A pro than this

i just bought it
but its only 2 gb ram

What about heating issue ???

3GB variant is decent tough I wish it had a bigger battery. :3

Looks pretty good tbh, although 32+3 and 64+4 combos would be much appreciated

Hope Xiaomi comes up with a Mi Play 2 in answer to this, Redmi 7's dimensions were a letdown for me

Total of 46 user reviews and opinions for Honor 8S.
ADVERTISEMENTS