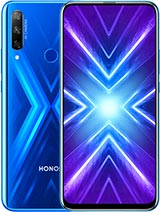 Romeo, 25 Oct 2019RIP honor 9x. I hate honor now .. i was waiting to buy 810 chipset. unfortunately i was expecting the same from honor

They should ban them completely. What a joke of the phone.

I hate huawei... Wicked huawei made kirin 810 during ban time... When hard time is over huawei put kirin 710 again.... Dont buy it

Why on earth still kirin 710f

Now I can see the review, too. The headphone frequency response looks very wavy, I wouldn't trust the DAC or amplifier in this phone, there's something wrong with it. The other audio parameters are also not looking good. How come they couldn't fit a decent DAC into this? There are even cheaper phones with far better performance.

Where are the battery life numbers from? Did they get a sample? It's the first time I see battery life test numbers without a review, is it fake news?

Poofff. LCD in this price this is a complete trash.
with 300 dollars you can buy k20 pro with AMOLED display sd855 and telephoto camera and many more option

I love honor X, I've had already 3 phones from the honor X series, but this makes no sense to me.

It should have been kirin 810 instead of 710. Also, 4GB shouldn't exist. Unless it's as cheap as 8X is at this moment, it makes no sense. If it's the price of 8X at launch, it's a rip off, with the same RAM and CPU. The camera is improved, but improvement should be present in all aspects, not just camera. The secondary ultrawide camera is a nonsense for me. The main cameras are barely usable on phones, because of the small sensors and weak lenses, an even smaller sensor on a secondary camera is something which I'll never use.

Total of 161 user reviews and opinions for Honor 9X.
ADVERTISEMENTS