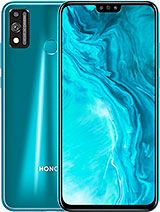 Tamerhaikal, 12 Jun 2020I'm using the phone for about a month, and I just found out that it has gyro (which is not men... moreHi guys.
Im planning to buy this phone.. Does it worth it or should I go for it's sibling huawei P8s?
Thanks

I'm using the phone for about a month, and I just found out that it has gyro (which is not mentioned in the specs), my kids are happy using it in their VR kit
Also, the external SD card has a dedicated slot

Universe, 18 Apr 2020Bro maybe your just after social media and non-demanding games? I have Honor 10 lite and Tried... moreDepends on which type of game tbh. While the runs "cold as ice" is definitely false for my honor 10 lite, it does fine in gaming.

Codm runs smoothly at the max supported graphics and frame rates, black desert is smooth at high graphics and when in performance mode, it can handle max.

The only games where I've had issues would be ARK and Sky: Children of the light(although for this one I suspect it's cuz of low RAM) and that's about it.

pane, 25 May 2020 I didn't write it like that, without knowledge, but I also have xiaomi redmi note 8- 6gb/64g... moreRespect to you. I can't believe the volume of misinformation here. Too many wanna be tech experts here.

You're welcome and have a great day!

Anonymous, 25 May 2020You can check yourself which one is better redmi note 8 : https://youtu.be/USQGoFsYyTY Hono... moreThere are so many things you need to learn. I watched both videos shared by you.

So Redmi Note 8 clearly heats up more.
Secondly, do you see the FPS difference? Reaching 42°C with 20FPS is not same as reaching 40°C with 30-50FPS.

FPS is the biggest factor that heats up your device while gaming. Those tests you shared tells us that RN8 has a serious heating problem. Also that its performance is *MUCH* lower than Honor 20 Lite.

You can imagine the performance difference when even a Kirin 710 phone is outperforming Redmi Note 8.


3. The test is wrong. Kirin 710 is not powerful enough to pull 50FPS in PUBG on HD Graphics with Shadows enabled. Even Snapdragon 710 can't manage that.

This is exactly why I keep asking people on Gsmarena to stop referring to YouTube. YouTube videos are only helpful to those of us that know enough about phones to not get fooled by such things.

97% of phone reviewers on YouTube have no idea what they're doing. There is so much BS on YouTube that I used to only watch their videos to laugh at them over their stupid mistakes.
- Doing heating test for one phone after charging it while other phone was charged hours ago, so recently charged phone would naturally heat up more.
- Bluetooth enabled on one device and not other.
- One device tested with WiFi and other device tested with Mobile Data, so mobile data one would heat up more.
- Restarting one device before performance test and not the other, so restarted one would obviously have better performance.

Anonymous, 24 May 2020Very true. These people are misguiding others for egoistic reasons. Its chipset is very good (... more
I didn't write it like that, without knowledge, but I also have xiaomi redmi note 8- 6gb/64gb and when I compare, then everything is clear, but people don't believe it, but I don't care,so thank you and have a nice day.

Anonymous, 24 May 2020Very true. These people are misguiding others for egoistic reasons. Its chipset is very good (... moreYou can check yourself which one is better
redmi note 8 : https://youtu.be/USQGoFsYyTY
Honor 20 lite : https://youtu.be/LHAQ1sP2q7M
I also don't understand the language but i found this channel as one of the best to compare games fps
You can see that redmi note 8 throttle less than kirin 710 while runing cooler
This one is better where he wrotes the average and minimum fps but it's a comparaison between realme c3 and redmi note 8 :https://youtu.be/GfOf2CC-7jg

pane, 19 Feb 2020Strange information you present for kirin 710 that produces 'heat', i think you have no experi... moreVery true. These people are misguiding others for egoistic reasons. Its chipset is very good (10% more powerful than SD660).

My friend has Huawei Y9 Prime 2019 (same chipset) and it has never once overheated. He always plays with plastic cover and we're both Ace in PUBG. His game runs slightly better than another friend's SD660 phone as well as my Helio P60 phone.

In fact, apart from few chipsets like SD820/821 that have known heating problem, heating is actually more phone dependent than chipset. So these people are just pretending to know what they're talking about.

For example, go read Redmi Note 7 reviews which has Snapdragon 660. Users are saying it lags and gets too hot in PUBG ever since it came out. Huawei Y9 2019 runs PUBG much better than it.
Another example, you'll find more heating complaints on Redmi Note 8 with SD665 reviews than any Kirin 710F phone review.

AhmedSLL, 17 May 2020There is a major factor here and it's the price, maybe people in some big Asian markets wouldn... moreI don't recommend this phone, especially in Pakistan market but you're underestimating its performance.

I have researched this very thoroughly and I also found out that Kirin 710 and 710F gives most stable FPS in games compared to their performance rivals (SD665, SD660, Helio P60, Helio P70).

My friend has Huawei Y9 Prime 2019. And I guarantee you PUBG runs slightly better on his phone than my Helio P60 and another friend's Snapdragon 660 phone. There isn't a huge difference but there is definitely some difference.

In this price in Pakistan, best gaming performance is of Infinix Note 7. Followed by this phone, Huawei Y7P or Realme 5.

At slightly higher price ($10-15), you can buy Realme 5 Pro which is much more powerful than any other phone in this price.

There is a major factor here and it's the price, maybe people in some big Asian markets wouldn't understand this, but in my country the only competitor to this phone is the vanilla redmi note 8 (which I thing is better but people here don't know xiaomi very well). This phone is basically the Honor 8X with some camera tweaks, and the Honor 8X is basically my current phone the Y9 2019. What has been said here about the gpu is true, it's too weak for 2020 gaming, and yes the sd660 is better, but putting gaming aside, the cpu performance has been stable and consistent for a year and a half since I got the phone (not 100% we all know emui isn't the fastest ui in the world but I'd say more than 90%). Having said that I don't think this phone's weakness is the processor (for those who are not interested in gaming), but the deal breaker here is that stupid outdated notch (I'm looking at it wright know and it doesn't bother me but come on this is 2020), the micro usb and the very average cameras even for that price.

This is just a product of honor 9x + honor x.

Datara, 19 Apr 2020It's just a remake of honor 8x with 48mpx rear camit is the same same honor 9x with deferent from the camera and battery

Datara, 19 Apr 2020It's just a remake of honor 8x with 48mpx rear cam
yes i already wrote that in my previous comment and it is proven to be good and as of a week ago it is with android 10.0 and works great

It's just a remake of honor 8x with 48mpx rear cam

Yikes a single camera setup? Cause we all know that second camera doesn't do a dang thing.