Honor 9X will be announced on July 23, with a Kirin 810 chipset. Now we know what box will arrive once you order the phone after its launch in three weeks - neat white package with some blue-purple notes, as the official images showed. They were posted by the company Vice President on Weibo, sadly, without the phone in it. 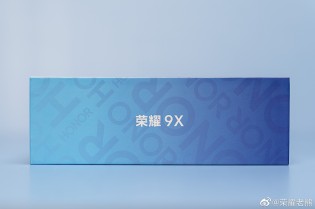 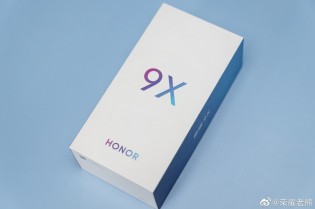 It is way too early to expect some more specs and the bottom of the box wasnt pictured - it usually a has a list of key specifications. However, the box is pretty much what youd expect, and by the looks of its size, you might get a pair of headphones in the retail box, which is no longer guaranteed for all phones.

The Honor 9X is expected to have a pop-up camera, while rumors pointed to a Pro version with four shooters on the back with a setup similar to the Honor 20s.

If it really has the selfie camera mounted in a motorized elevating mechanism, this would be the first Honor device with the technology. The parent company Huawei already has the Y9 Prime (2019) and P Smart Z with a pop-up selfie shooter, but neither of those carries the brand new Kirin 810 chipset.

I swear this 2 variants of Honor 9x will sell so well around the world especially the pro version. But the price will tell.

The schematics yesterday showed a pop-up so it will be more like a Huawei P Smart Z i believe.

All you gotta do is paint your own phone black when and if you get one. Seems like youÂre a great grandpa. Stop fretting. Lol!