Honor claims to be No. 1 e-brand in China, shows impressive growth globally

While the people were captivated the Honor View 20 announcement – the first phone with a 48MP camera – the Huawei offshoot took the opportunity to show how much it has grown.

It claimed the title of “No. 1 Smartphone E-brand in China” (as in one focused on Internet retail). It topped Xiaomi both in number of phones sold and in generated sales. This is based on the last 9 quarters (so just over 2 years). 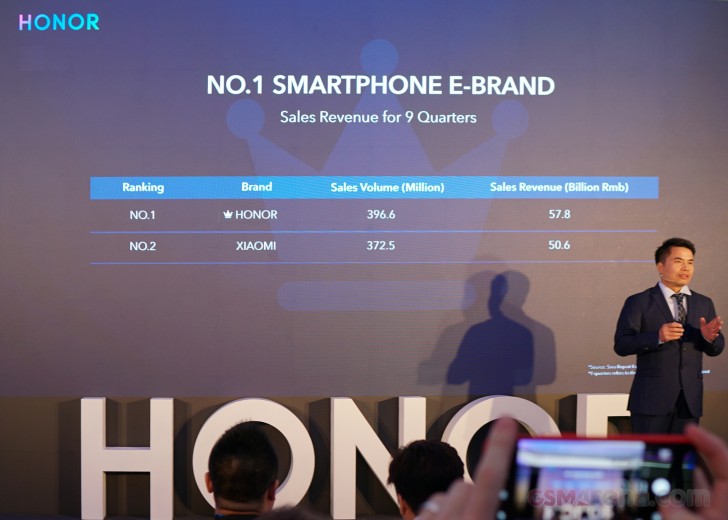 Honor also claims 150% growth in the overseas market. It is among the leading brands in Europe and is showing impressive in India and Malaysia. 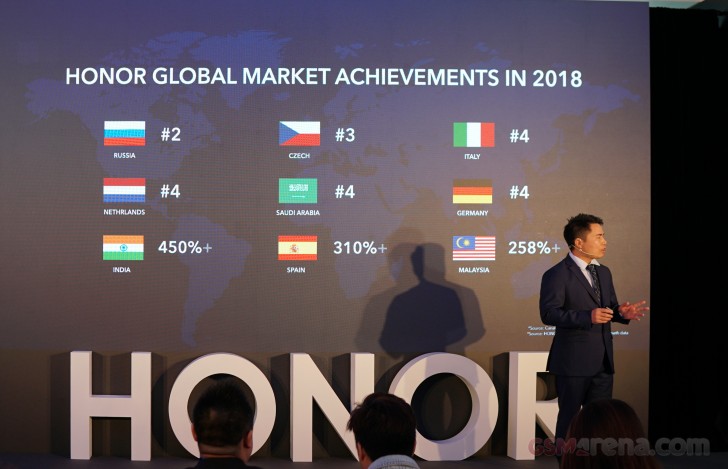 The Honor View 20 is also the first phone with a punch hole selfie camera to be announced. The actual launch is still a couple of weeks away, but it doesn't go unnoticed that it's an Honor phone that debuts this feature rather than one from the mothership Huawei brand (i.e. the nova 4).

I haven't seen that in any officical announcement of European launch, and the only listing I find in say Amazon UK is a american company selling it at a premium price, mostly due to the shipping cost. $799 for the 8GB/128GB + $80 in shipping to Norwa...

Honor have the formula for success