Honor unveiled the MagicWatch 2  a smartwatch with up 14 days of battery life and a focus on health and wellness. With a 5ATM water resistance it can go places where your smartphone cant follow - namely the pool.

The watch can monitor your heart rate while also keeping track of distance, speed and burned calories. It will also calculate your SWOLF score  the sum of the number of strokes and seconds you needed to swim one length of the pool (a lower sum means youre swimming more efficiently).

Throughout the day, the watch will keep an eye on your heart rate and warn you if its too low or too high. And if it feels that youre stressed, it will guide you through a breathing exercise. Finally, it will track your sleep and will offer suggestions on how to improve it. It can also diagnose 6 common types of sleep disorders.

The watch features 15 fitness modes ranging from hiking to using a rowing machine. It supports the GPS and GLONASS constellations for positioning (having both helps when there are tall buildings or trees around). 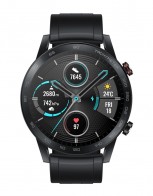 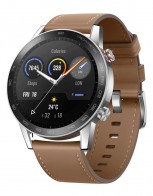 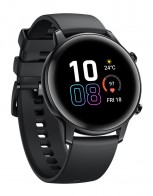 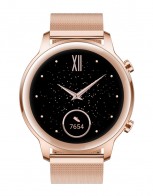 The watch is based on the same Kirin A1 chipset as the Huawei Watch GT 2, in fact the two watches have much in common, though the Honor targets a younger crowd.

Either way, theres 4GB of storage, 2GB of which can be used to store around 500 songs you can listen to during exercise. Also, the advanced Bluetooth connectivity allows you to use the watch to answer calls, even if your phone is 150m away.

The advertised 14 day battery life is calculated based on 90 minutes of GPS tracking for workouts, 30 minutes of calls (over Bluetooth) and 30 minutes of music playback every week. Note that its the 46mm version that gets 14 days, the 42mm one lasts a week.

because the music industry says a song should be under 3 minutes so you get more playbacks. Because software industry says you don't need quality headphones you need AirPods. Because marketing say numbers sell and people should not think and follow t...