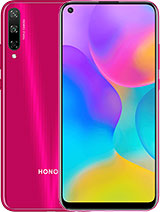 Honor Play User, 23 Nov 2019This phone should be named Honor Play Lite instead of Honor Play 3 because I own the Honor Pl... moreDude, the Honor Play 3 is better than the Honor Play in EVERY WAY except for the chip, which was downgraded from a Kirin 970 to a 710F, the same processor found in the Enjoy 10 Plus; however they slashed the price by over a half and the 710F is not a bad processor. It's great for gaming and handles tasks well. This phone is cheaper than my Enjoy 8 Plus and is much better every way possible.

the bes phone in low budget!
if you hate or not!!love

Why on earth would huawei make a new model with downgraded chipset. This should be named Honor Play Lite.

I rather buy honor play than this phone even if it feel like an old phone in this year. Because I felt like the honor play team is downgrading its processor in this year. Kirin 970 absolutely better than kirin 710F which is capable to handle heavy gaming for a while about 5 hour with better performance. I suggest you buy honor play or you will regret it if you are a heavy gamer

I would like one of this for my young daughter, but I wish it was dedicated memory slot phone.

Unless they will announced a Pro version then this is just an unjustified d*ck move.

Sunny Chechi, 27 Sep 2019You are right. However, they are launching Honor 20s with better display and hardware, wait fo... moreYeah but that's not as good of a launch as the Honor Play. The Kirin 970 was Huawei's best chip at the time. The Kirin 810, isn't.

NO FINGERPRINT
NO LED NOTIFICATION
NO TYPE C
NO NFC....doesnt matter too much but fingerprint its too matter for 148$ phone

AT LEAST MUST SPORTED WITH A-SIDE MOUNTED (but really no finger....tooooo weired )

joe nodden, 26 Sep 2019Dang they really butchered the Honor Play line I see. It's not a terrible phone for the price,... moreYou are right. However, they are launching Honor 20s with better display and hardware, wait for that. They could have name it as Honor Play 3.

even redmi 8a have usb-c

Dang they really butchered the Honor Play line I see. It's not a terrible phone for the price, but the original Honor Play had a Kirin 970 (Huawei's best at the time) and a 1080p display for $250. Sad.

Autobiote, 19 Sep 2019Has there been an Honor Play 2?No, but there was honor 4 play before honor play 1. Hope, honor play 2 will come next year.

Total of 53 user reviews and opinions for Honor Play 3.
ADVERTISEMENTS