The Honor V30 and Honor V30 Pro made their official debut today at an event in Beijing, China. The first 5G phones by the company are powered by the Kirin 990 chipset and come with five cameras - two at the front and three at the back. 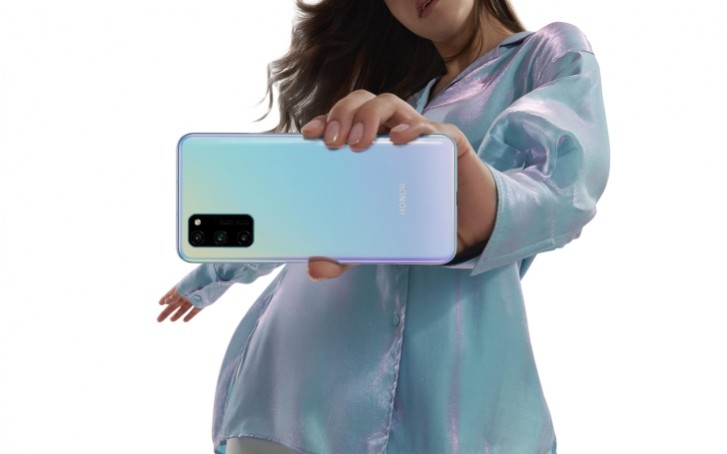 The Honor V30 and V30 Pro (expected to arrive on the global scene as Vera 30 or View 30) pack 6.57” LCDs of Full HD+ resolution. The fingerprint scanner is on the side just as on the Honor 20 and Honor 20 Pro. The back features a large elevate piece in the corner that hosts the triple camera setup. 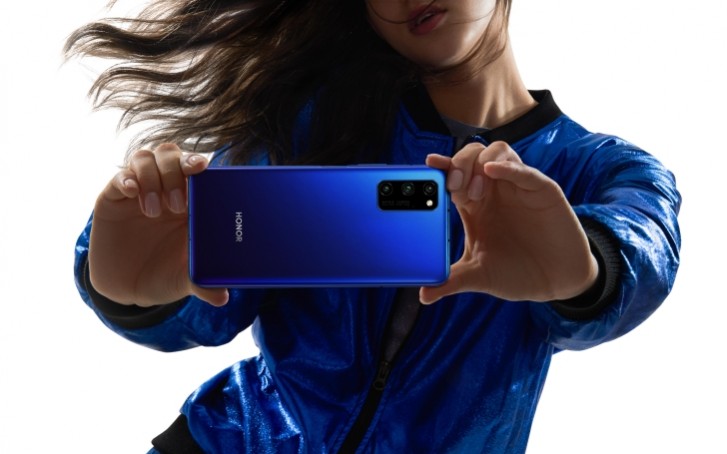 Then there's the 8MP telephoto cam with 3x optical zoom, F/2.4 lens and OIS, which is the only module that's identical between the two. 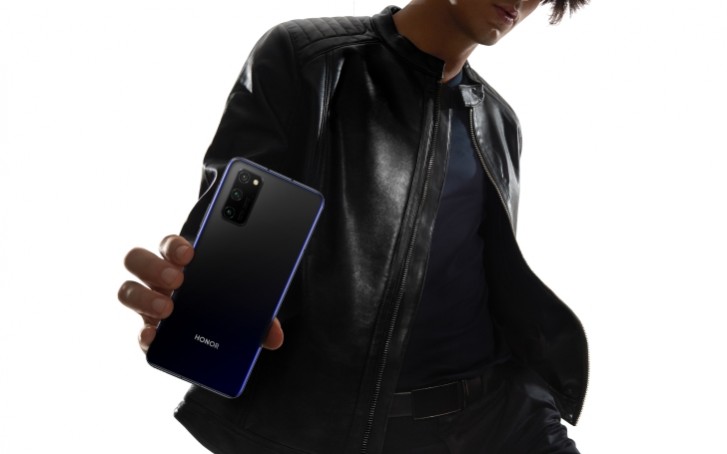 The largest difference comes in the ultrawide angle cameras - the Honor V30 Pro has a 12MP sensor that's also better tailored for video recording with its 16:9 ratio and F/2.2 lens.

The regular V30, on the other hand, has an 8MP F/2.4 ultrawide camera with a conventional sensor.

At the front the punch hole has grown over the View 20 and taken a new pill shape so it can accommodate two shooters instead of one. You get a 32MP main selfie cam with Super Night Mode and another 8MP ultrawide angle snapper with 105-degree FoV. 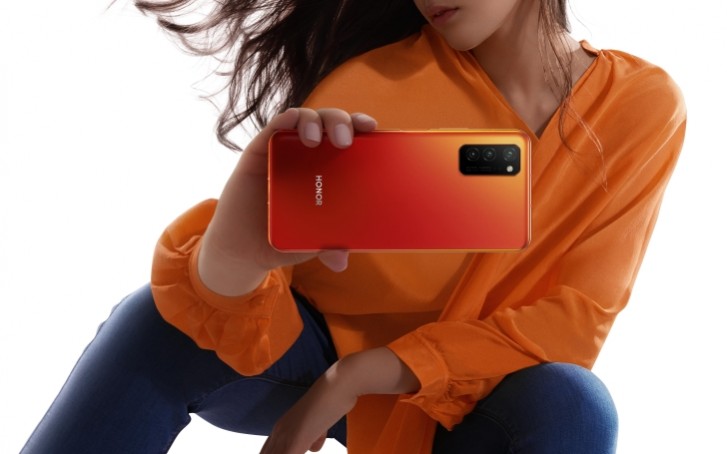 Teasers already confirmed the Kirin 990 5G powerhouse of a chipset will power the V30 duo and there were no surprises there. It will be coupled with 6/8 GB RAM and 128/256 GB of storage, depending on the version.

There is a slight difference between the chipsets, though - the Honor V30 has the basic 7nm Kirin 990, coupled with the Balong 5000 modem, while the Pro variant has the 7nm+ Kirin 990 that arrives with an integrated modem.

The software is Magic UI 3.0.1, based on Android 10, and Honor brought GPU Turbo and Kirin Gaming+ 2.0 for the ultimate gaming experience.

Both V30 phones support the ultrafast 40W Honor SuperCharge, but the V30 Pro also has 27W Super Wireless Charge. There is also a difference in the capacity - Honor V30 comes with 4,200 mAh power cell, while the Pro variant has just 4,100 mAh.

Honor is initially launching the V30 lineup in China in four colors - Orange, Pearl White, Blue, Black, and the first pre-order is scheduled for December 5, while the flash sale will take place seven days later.

Well considering the rumors for next year, I think we might be seeing them in 2021 on phones.

Oh, that will take a long while. The Apple watch can't even have it soon.

I'm not really sure about the issue, I'm going to have to see the screen again. If anything, it might be because of the saturated color profile they have