Honor is the last team to issue a flagship in the end of the calendar year, with the V lineup usually getting a refresh in December. Today the company announced the V30 will be introduced a bit earlier - the official launch will take place on November 26. 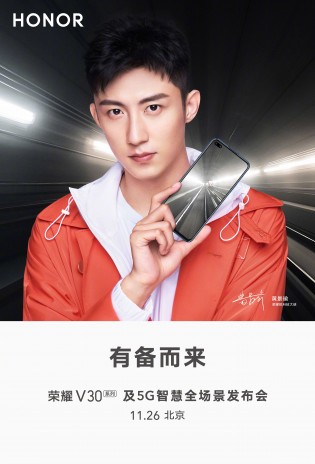 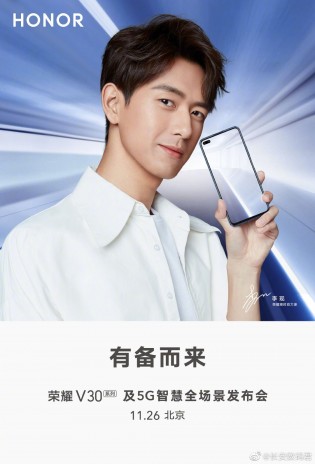 Official posters of the Honor V30

When the Honor V20 was announced, it was the first smartphone on the market with a punch-hole screen, and the Honor V30 will keep that design, but now the cutout is oval, instead of circular, to make room for the two cameras. The display is likely to remain a flat LCD since the fingerprint can be seen on the side.

While we expect a separate event for the phone with the name View 30 to take place in the first weeks of the next year, a leaked retail box reveals the phone could actually be called Vera 30, meaning Honor is going to drop the View moniker. 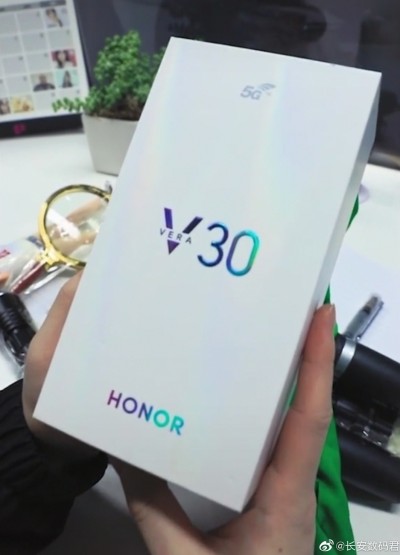 If Honor sticks to Vera, this will mean the company is probably going to advertise as staying loyal and faithful to its brand and users, since the actual word “vera” comes from the Latin verus and translates as true, real.

wow so triggered. did someone die? it's like saying stop photoshopping models in ads, it's like telling Apple to put a better wallpaper to not hide the notch... let it go bro. it's just the chin. they are still making millions.

AGAIN, The phone's 'chin' in that promotional posters are LIES! can't Chinese smartphone ads STOP PHOTOSHOPPED THEIR PHONE CHIN BEZEL!? They are actually aware that chin bezel is UGLY!