The Honor V40 is just around the corner and leaks are getting quite specific. The latest one concerns the touch sampling rate of the display and according to usually reliable Digital Chat Station will offer the highest sampling rate yet. 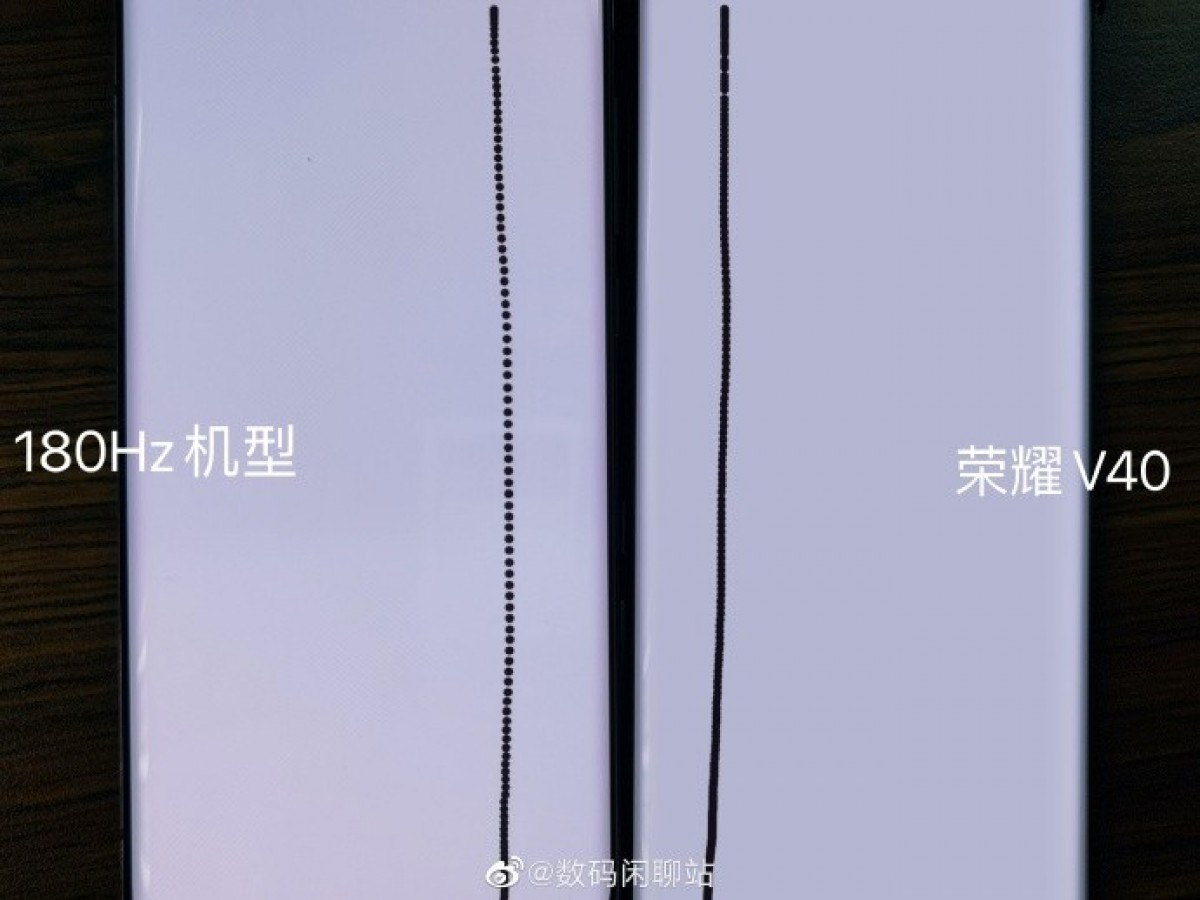 The supposedly leaked image shows a test between a screen that supports 180Hz touch sampling rate and the V40. It's clear that the V40's screen is superior and the leakster also adds that it will be higher than 270Hz. Currently, the Asus ROG Phone 3 and Xiaomi's Black Shark 3-series boast OLED panels with 270Hz touch sampling rate. Seemingly, that won't be for long once the V40 comes around.

The report also hints at high maximum brightness and good sunlight legibility too.

In this case, fill your home with cameras and livestream them over internet, you'd get money as many would pay to see someone's life.

Politely asking DOESN'T WORK, for the simple fact that regardless if we ask like a cute innocent kid or super aggressively like a psychopath, people will still be extremely upset about any suggestions that isn't exactly the exclusive single...

Politely asking DOESN'T WORK. When something is extremely invasive, you need to aggressively fight it. If you have rats invasion, would you ask them to leave or put food outside your house so they nicely not eat your house away? Or you...