Following Huawei’s lead with the Watch GT, Honor has unveiled a smartwatch based on the proprietary Light OS platform. The Honor Watch Magic is smaller and less fancy than the GT, but even more affordable.

The Honor smartwatch has a 1.2” AMOLED display, compared to 1.39” for the Huawei one. In both cases the resolution was selected to deliver a sharp 326ppi pixel density. The battery is smaller as well, 178mAh, down from 420mAh. Honor claims that this is enough for a week of typical operation. 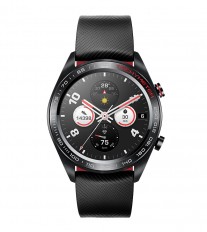 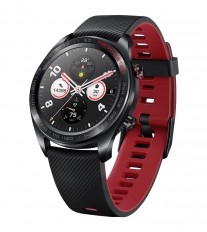 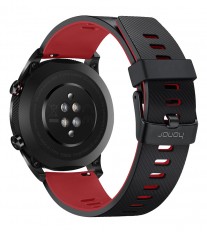 Anyway, you’re getting a pretty complete package for your money. It is rated to 5ATM so it’s swim-proof, it has a heart rate monitor, advanced positioning (GPS, GLONASS, Galileo) and Huawei Pay.

The Honor Watch Magic is even thinner, just 9.8mm, which is great news for anyone who is sick of having their shirt sleeve constantly catching on their chunky smartwatch.

The body of the watch is built out of 316L stainless steel and plastic (no ceramic this time around). It supports a variety of QuickFit straps.

The Watch Magic goes on sale in China at midnight, you can find it on vmall. It’s available in Lava Black and Moonlight Silver (there’s a “fashion version”, but that option is grayed out).

For the price, specs and looks, this watch will be a killer. The battery life will be the absolute choice to buy this. Other china brands with 4G and hi-specs do not lasts even a day.

Please put it in the compare section