The Honor X10 5G is nearing its launch which is scheduled for next week on May 20. The latest leak gives us an official look at the phone’s design which will in fact feature a pop-up camera and will come in white and blue colors with a pattern design. Around the back, we can see the square cutout for the triple cameras. 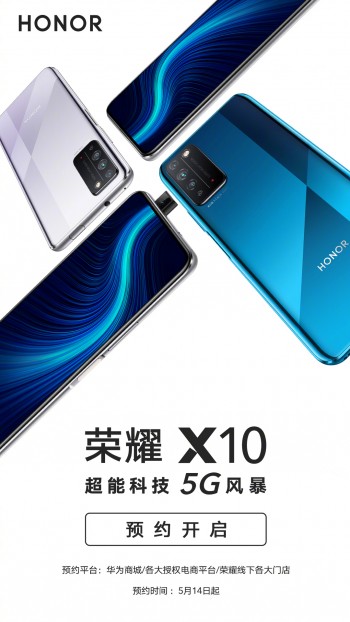 The phone was also listed on Chinese retailer Vmall’s website giving us an even more detailed look at its design. Pricing and other specs were not revealed though. 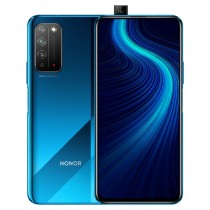 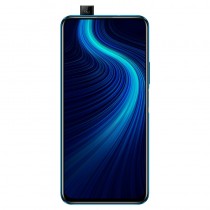 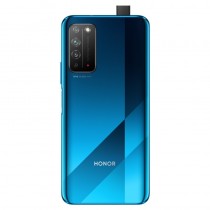 In related news, noted tipster Ishan Agarwal shared a detailed spec sheet for the Honor X10 5G, complete with the full line of colors that it will be offered in. It confirms previous findings with a 6.63-inch LCD with FHD+ resolution and a 90Hz refresh rate.

The back will house a 40MP main Sony IMX600y sensor alongside a secondary 8MP ultrawide shooter with an f/2.4 aperture and a 2MP macro module.

We can also see the device will be IP5X water and dust resistant and will boot MagicUI 3.1.1, presumably on top of Android 10. The phone will be powered by the Krin 820 5G chipset alongside 6GB RAM and 64/128GB storage which can be expanded via Huawei’s NM memory card.

The battery is expected to come in at 4,300 mAh and will support 22.5W fast wired charging. We’ve also seen rumors about an X10 Pro 5G which is expected to add an 8MP periscope camera with 5X optical zoom but we still haven’t seen any official confirmation from Honor.

By looking at it the camera is side by side and the front camera is sandwich from back camera and lcd screen! that is crazy.... Let see what thickness it has, never seeb the camera position like this before!