On Monday, Apple held its annual World Wide Developer Conference, where it announced new versions of all its major operating systems. Chief among these was the iOS 14 announcement, where Apple discussed a ton of new features that are going to find their way onto millions of iPhones come September. 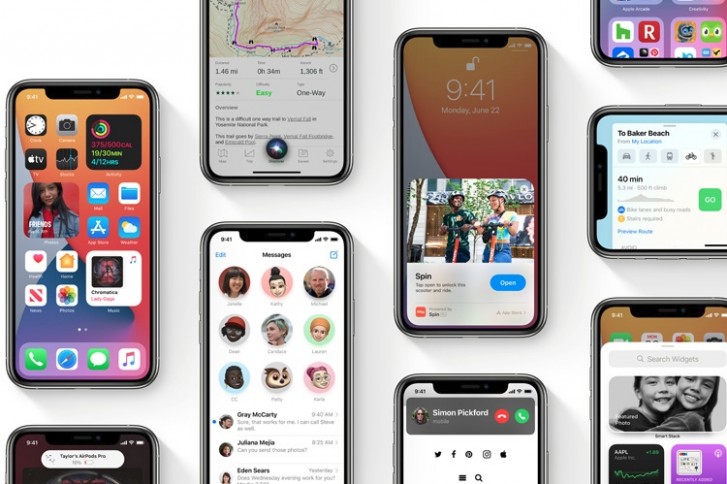 After having watched the keynote and going through everything new in this update, it's hard not to think of iOS 14 as one of the most influential updates that the platform has received in recent years and one that will matter to a lot of people going forward, especially those on the fence.

This is probably the iOS update that is going to be the one that might make a lot of people jump over from Android over to Apple's walled garden. There are enough reasons to support this, but let's talk about the things that Apple announced yesterday first. Apple came right out the bat with the changes to the homescreen and widgets, and I don't think that was a coincidence. 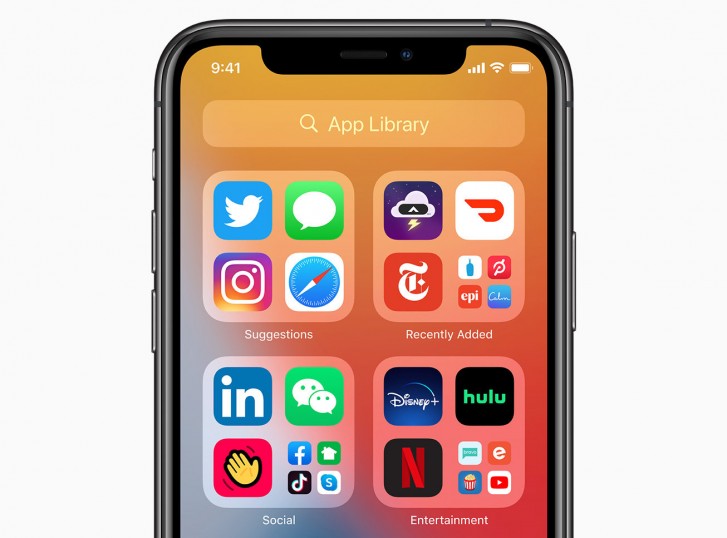 For years, one of the common bugbears with iOS and the thing Android got right from version 1.0 was the homescreen. It's difficult to believe that the iOS homescreen has remained largely the same since it was first demonstrated on stage by Steve Jobs back in January of 2007 at the now-defunct Macworld. A grid of icon is the first thing any iPhone, iPad or iPod touch user saw when they finished setting up their device, and it's what they always saw no matter their personal preference.

Apple has been very strict about this over the years, never straying away from the formula even though the competition from Google and the various Android OEMs had clearly a more functional and flexible alternative. The homescreen sort of signified Apple's approach to the mobile platform in general where it was very much 'my-way-or-the-highway' even though the intention behind it was always to keep things simple, even for the least technologically inclined among us.

But things change and so do people and Apple's static grid of icon was no longer an adequate solution. Even long-time Apple users, who at one point may have appreciated the simplicity of the humble SpringBoard launcher had now started to get frustrated with the limited functionality on offer. And Android users, once they were done mocking the grid, would admit that the static homescreen was one of the things that would keep them away from switching to iOS. 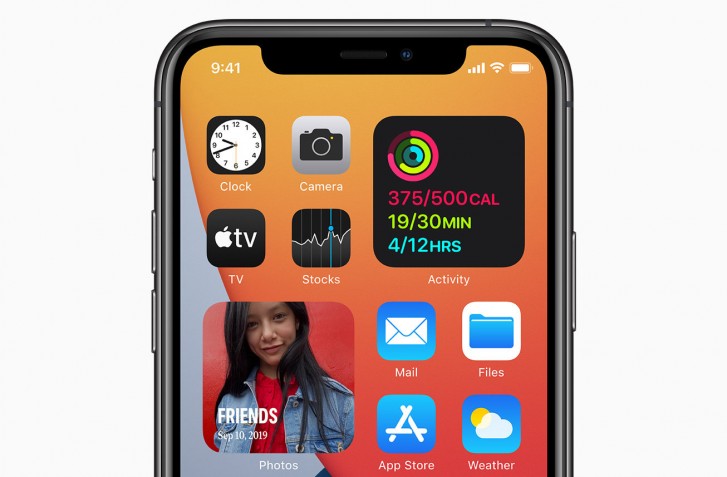 Come September, that's about to change. For the first time, users will have some flexibility with regard to their homescreen. You now have a makeshift app drawer in the form of the App Library, which neatly arranges all your apps in categories with a handy search function. You can now also just hide or clear the app screens even if you have apps on them as they are all inside the App Library anyway. And new apps will now go inside the App Library instead of instantly cluttering your neatly arranged homescreen.

But what really takes the homescreen in iOS 14 to the next level are the widgets. The widgets themselves are massively overhauled from their sad little former versions that lived in the left-most screen of your iPhone. All built-in iOS apps have a widget of their own and they have all been redesigned. Developers can also make new versions of their widgets and they can now come in different sizes.

Most importantly of all, the widgets can now be integrated within the grid of apps, something that Android has always been able to do. This means you no longer just have a static grid of icons and every person can now have a truly custom homescreen experience, which simply wasn't possible before beyond just rearranging the icons. More importantly, it's also a lot more functional and Apple even has some clever tricks like widget stacking that makes smart use of space.

So the homescreen is different. What else is new? Quite a bit, actually. Apple also finally relented and started allowing users to use their own browser or email app as the default. Prefer having your links open in Chrome instead of Safari? You can now do that. Want to use Outlook instead of Apple's Mail app? You can do that too. It's far from what's possible on Android, where you can even choose your own phone, SMS, gallery, camera and music app but I think a lot of people are going to be happy with just being able to choose their own browser and mail app for now and Apple could always expand this functionality to other apps in the future. 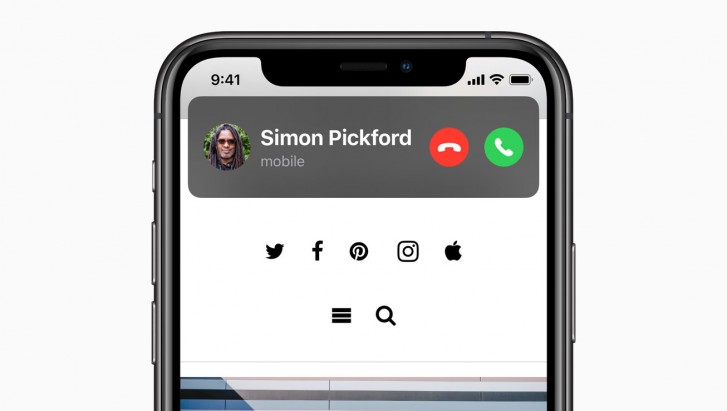 Apple has also reworked how calls work on the phone. Previously, when you got a phone call, it would take up your entire screen and it would stay there until you manually dismissed it or the caller cut the call. Most Android OEMs have some form of floating notification to alert you of a call when you're in the middle of another app. Well, now so does iOS. Any call, whether a phone call or from one of the VoIP apps on your phone, will now just show a floating notification on top, which can be easily dismissed. It's easy to dismiss this as a silly new "innovation" (even though Apple never used that word for it) but it was always little things like these that made switching over to iOS just that much harder.

It's the same with Siri, which no longer takes up your entire screen. In fact, Siri is just smarter now, with answers for a broader set of questions from various sources on the internet, being able to send audio messages and translate languages using the new Translate app in iOS 14. We don't know how it compares against Google Assistant but Apple has clearly not given up on Siri.

Apple also updated the SMS functionality in its Messages app, and it can now automatically filter incoming messages based on whether they are transactions, promotions, or just junk. Some Android OEMs offer this functionality in their stock messaging app but most don't, including Google. Considering SMS filter is the biggest reason to even consider a third-party SMS app, iOS 14 users won't even feel the need to look elsewhere.

Apple also introduced App Clips, a feature that has been on Android in the form of Google Play Instant. In case you don't know what that is, I wouldn't feel too bad about it. Even though Google introduced this feature a few years ago, the adoption for it has been about as lackluster as most features Google introduces and forgets about. 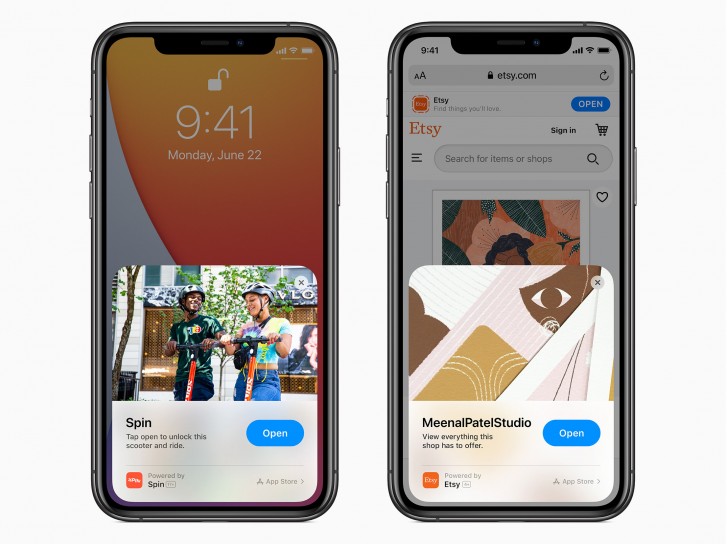 On both platforms, the feature allows the user to use a particular app without having to install it first. A snipped of the app is downloaded to your device to allow you to use a part of the functionality, such as purchase something online using the website's app. These mini-apps then disappear or you could choose to install their full version. For anyone used to using this feature on Android, Apple now has its own version that will likely see far more use and will have much, much greater adoption.

And that's really the gist of this update. A lot of changes have been borrowed from Android, for the lack of a better term, but in the end, it doesn't really matter. All that matters for you as a user is that there is now greater feature parity between the two platforms, which is great if you are already on iOS and also if you are considering moving over as you are now leaving behind fewer things.

It's also about how Apple usually executes these features after it's late to adopt them. Things like widgets and App Clips show a level of polish that has been lacking in their Android counterparts and from experience, we know for sure they would be far better supported by developers on the iOS side.

And we haven't even really gotten into things that Apple does that you can't get at all on Android. iMessage is a great messaging service used by millions of people and it's only available on Apple's platform. Apple continues to improve it and the latest version in iOS 14 is a major step ahead. Apple Arcade is a great place to find quality games that aren't available on any other mobile device, just for the price of one monthly subscription. And although Apple TV+ is still trying to get off the ground, it already has some interesting lineup of shows, with more on the way. 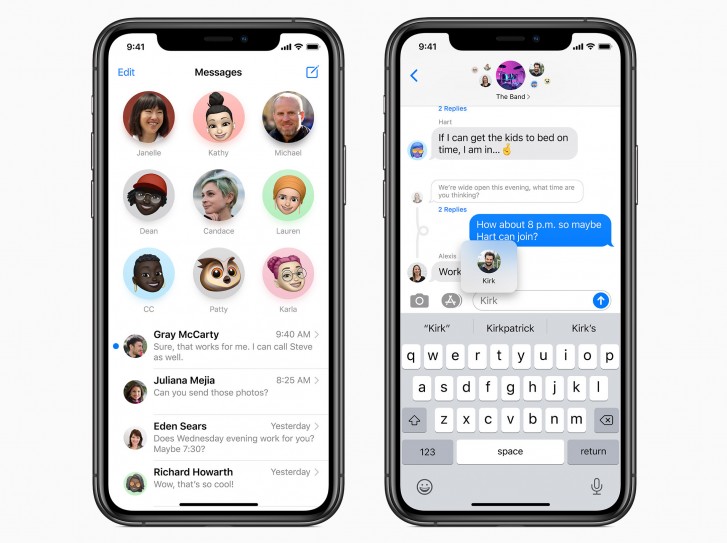 But the real kicker is that iOS also has all of Google's services available to it. Google makes all of its apps available on iOS and because they are made by a different team, they often get updated with new features even before their Android counterparts. The iOS versions of these apps are also often just better and show a level of care that is often mysteriously missing in the Android versions. You could move from an Android phone to an iPhone and still have your Gmail, Calendar, Maps, Drive, Google Docs, Google Keep, YouTube, and even Hangouts up and running in a few minutes and don't miss out on anything. You can even use Google Assistant if you still don't like Siri and now you can even use Gmail as your default email client.

And there are so many new features in iOS 14 alone that I haven't talked about yet. Things like the great new Car key feature, which could be a game-changer if it trickled down to more cars. Spatial audio and automatic switching for AirPods, new Picture-in-picture mode, an enhanced system-wide search function, improved Maps, and a new Translate app, improved home automation, improved CarPlay, and just a ton of other features make this one of the most significant iOS updates in years. 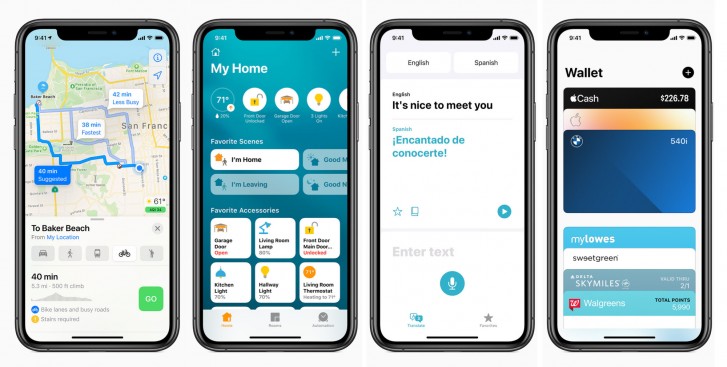 It also goes without saying that a majority of iOS devices will get the iOS 14 update on day 1. Even Google's smartphones don't have a 100% track record of doing that, with other Android OEMs not even in the same picture.

With the launch of the iPhone SE recently, it became clear that Apple was gunning for the $400 market currently dominated by Android phones. The price and performance on that phone alone convinced some users to jump ship from their Android phones over to iOS. But with the launch of iOS 14, it's clear that Apple really has Android users in its sight. It's hard not to look at this update and be tempted even as an Android user. A practical one, at least, because unless you have some undying loyalty to the platform there are now fewer and fewer practical reasons to continue to stick to Android over switching to iOS if you are due for an upgrade. 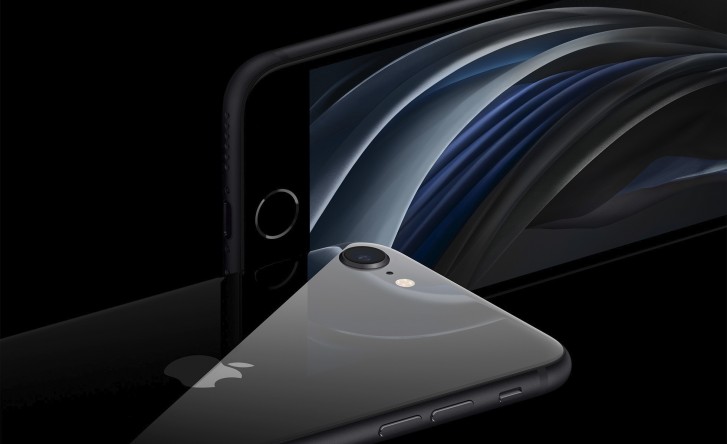 Of course, this doesn't mean you must switch from Android to iOS today as there are still plenty of good reasons to continue to be on Android. iOS, meanwhile, also continues to have its limitations, such as a relatively daft notification management system, and a locked-down approach to everything that irks some people. These are all things Apple can aim to improve for in future versions and if recent updates are any indication, we could see some changes sooner rather than later. But there's no doubt iOS is improving a lot faster today than Android so while there have always been valid reasons to move from iOS to Android, there are now just as many valid reasons to go in the other direction.

All those iphone new features are in old android... IOS copy from android

Yeah stupid enthusiasts. I am now on android because our company software is now on android. Even today the 5 year old company iPhones work beatifully. Samsung and OP might be the only good android vendors. Xiaomi is and has been crap.