Google has announced a new Chromebook for schools, the HP Chromebook x360 11 G1 Education Edition. It was announced in a blog post by Google celebrating the success of Chromebooks in Swedish schools. 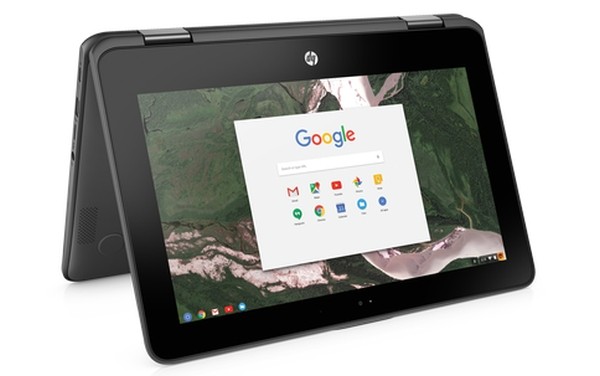 Not a lot of details are available about this model. Google only mentioned a 360 degree rotating hinge with USB-C charging, optional stylus, and an outward-facing camera.

No pricing has been announced yet but it will be available for purchase in mid-April.

32GB? maybe if you don't install anything...and btw Chrome OS is a cloud OS with limited offline possibilities, so you don't need to store files on it...in comparison WIndows OS is a all-in-one kind of OS where you can do basically online and offline...

you are full crap, windows 10 runs on 32gig tablets without any issues so wat do u mean u nid 256gig for windows

I love everything about this, except the screen resolution. I wish it were just a little higher.