HP has unveiled two Chromebooks for the education market, both of which have undergone MIL-STD-810G testing and feature a spill-resistant keyboard to make sure they can handle the reality of being in the hands of schoolchildren. 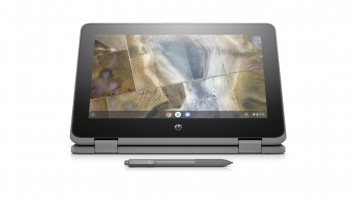 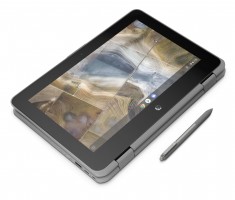 The Chromebook is powered by either a dual-core Celeron N4000 or quad-core N4100 with 8GB of RAM and 32/64GB of storage. The battery promises up to 11.5 hours of power autonomy and the whole setup is fairly portable, weighing just 1.47kg (3.24lbs).

The HP Chromebook 11 G7 EE is essentially the same device, except its 11 screen only rotates 180° and is available in non-touch versions  IPS and SVA (a Samsung VA panel). Note that the non-touch versions have better battery life, up to 13 hours. 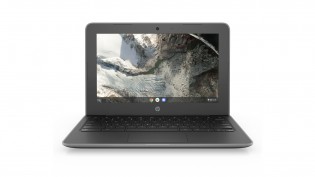 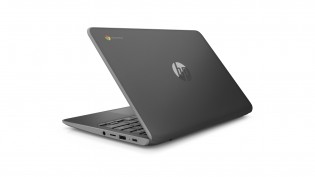 Both Chromebooks sport two USB-C pots (Gen 1, 5Gbps), one USB-A and a 3.5mm headphone jack, plus an SD slot.

can it run crysis?

These are computer one to one usage. So the students carry these home and other activities. When I was young you definitely not get computer to your home to be carried in your backpack...