On April 25, HTC started taking pre-reservations for the 10 smartphone in China. And today a new report out of that country claims the company's new handset hasn't been doing well at all.

In the first eleven days of the pre-reservation campaign, two of the biggest online commerce platforms in China (JD and TMall) have only managed to achieve a combined total of 251 bookings for the device. That's not a typo and not meant to be 251,000 or anything like that, mind you - just 251. 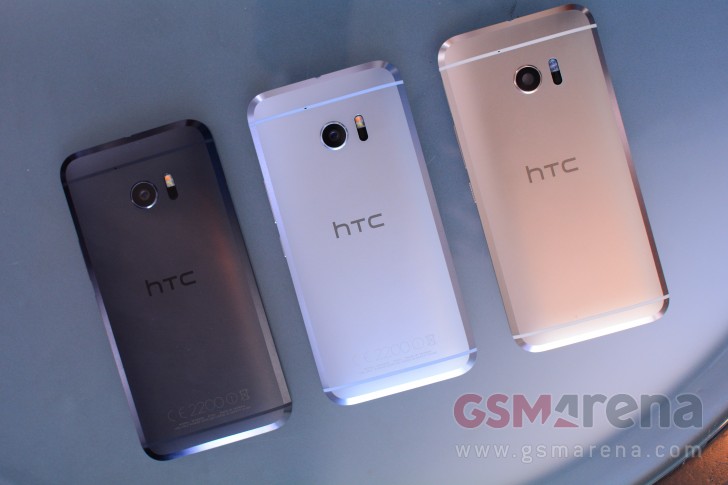 The pre-reservations will be open until May 8, yet at this point it definitely feels impossible for HTC's newest smartphone to even go up to 100,000 bookings by then. The 10 will become available to purchase in China on May 9.

According to some speculation on the matter, the reason for this disappointing performance has everything to do with the version of the phone that is currently launched in China. This isn't the HTC 10 with Qualcomm's Snapdragon 820 SoC and 4GB of RAM, instead we're talking about the much-hated HTC 10 Lifestyle, that only has a Snapdragon 652 and 3GB of RAM. Everything else about the two models is identical, including the design, but the Chinese consumers simply aren't satisfied with these specs - despite HTC having priced the 10 Lifestyle lower over there than what the higher-end 10 costs in Taiwan.

The SD820-powered HTC 10 is only listed on the company's Chinese website as "coming soon", with no timeline given for that actually happening. Still, it looks like many people in China could be waiting for the 'real' flagship model to hit their shores, and aren't falling for the lookalike's mid-range innards.

Those clueless idiots released a phone with a mid range snapdragon 652 processor with 3 GB RAM or something. How stupid of them...China is a huge market. I heard they did the same with India too. LOL, retards...

This is how it goes when companies dictates or rather want to force users to buy something they dont want. Same story actually in EU, why on earth wont HTC release the 64GB model here? Their support says its only for certain regions. What a joke. I w...

Really HTC? After all the hype, being called the "perfect" phone by some, sales still bad? Remember what HTC said when the 10 was in development? "Our engineers are working day and night to make the perfect phone " blah blah.