HTC 606w with UltraPixel camera gets certification in China

The rumor mill has been expecting an UltraPixel-packing mid-ranger, dubbed HTC M4, and an approval from the Telecommunication Equipment Certification Centre in China confirms its existence. It looks similar to the HTC One with two speakers on the front, but the camera on the back looks different.

This phone, which goes by as HTC 606w, packs a 4.3” 720p screen and is powered by a Snapdragon 400 chipset, featuring two Krait 200 cores, 1GB of RAM and Adreno 305 GPU, likely the exact same chipset as the one in the HTC First. The phone runs Android 4.1.2 with Sense 5 on top like the HTC One (it has just two capacitive buttons on the front too). 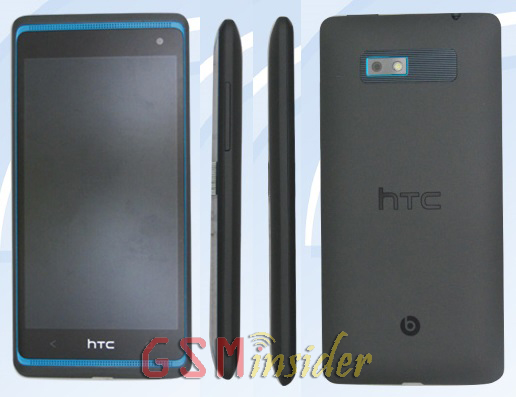 Of course, the headline feature is the UltraPixel camera on the back. Unfortunately, not much is known about it at the moment – the resolution will likely be the same as on the One, but the HTC 606w being a mid-range model might omit the Optical Image Stabilization. The front-facing camera has 1.6MP resolution.

Other known specs on the HTC 606w include 16GB of built-in storage (no word on microSD), Wi-Fi, Bluetooth 4.0, GPS + GLONASS and dual-SIM support.

We’ll have to wait until the official announcement for more info on the camera, but the HTC 606w should be hitting the Chinese market soon. We should also see some version of this phone, the M4 perhaps, hit western markets in spring if the rumors are to be believed.

The HTC 606W is it only for china? or it can work to other countries as well, especially East Africa?