Try before you buy at the Marketplace

The Marketplace has gotten a few tweaks since we last saw it. It’s organized into four main sections – applications, games, music and the HTC Apps. A fifth section called Updates shows up when one of your installed apps has received an update – there's an Update all button, which will save you the hassle of updating each app individually.

The Application section starts with a featured app, then it’s on to the categories (including all and free), followed by the top apps, a list of new ones and a longer list of featured apps.

The applications section of the Marketplace

The Games section is divided into Xbox Live, Top, New, Free and finally, Categories which has the games sorted into genres.

The Music section is actually the Zune Marketplace. Its structure is similar to the Application section. First, a featured artist of the week, three more featured artists, then a list of new releases, top albums and genres.

Genres themselves are separated into sections too – new releases and top artists/albums/songs/playlists. For each song, you get a 30 second preview (same as iTunes). If you have a Zune pass, you can stream the entire song, just like you would on a Zune player (it’s 15 US dollars a month).

You get a 30 second preview for each song

Search is available for the Marketplace but right now it pulls together search results from all sections – so, songs get mixed in with the apps and games. This is a little annoying since you don’t need song results while searching for an app and vice versa. But still, it’s not a major problem.

Searching for apps finds songs too

The number of apps is growing fast (it passed the 2000 apps a while back) and some key apps are already available – like the official Twitter app for example. The option to install a trial version for a game or app has been added and it’s very convenient – how much you get to play depends on the individual developer.

Some games and apps now offer a free trial

Anyway, each app will be listed with a short description, a rating and user reviews, and a few screenshots. If the app can use something that can potentially breach your privacy (e.g. location information) the Marketplace will let you know.

It’s not as comprehensive as the Android Market (which lists just about everything the app can use) but on the upside it only warns you about the important things.

Big downloads (anything north of 30MB) need a Wi-Fi connection to work. Alternatively, you can download those jumbo apps using the desktop Zune software.

The HTC Apps section offers HTC-made, HTC-exclusive apps for free. There are handy things like Attentive Phone – it offers pocket mode, quiet ring on pickup, flip to mute and flip for speaker (features we’ve seen on their Android phones). There are less useful apps like Flashlight and a “she loves me, she loves me not” app but you’ll probably end up downloading everything from the HTC Apps section.

The HTC Apps section of the Windows Phone Marketplace

WP7 as a gaming platform

Xbox Live is at the heart of the Games hub. It carries over many features from the Xbox – from your avatar to your scores and achievements. The Spotlight feature is available too (it shows info on new stuff) and also Requests – which shows you game invites from your friends.

Anyway, the games themselves are housed in the Collection section. Nothing much to see here, the installed games are arranged in a square grid and there’s a Get more games shortcut, which launches the Marketplace.

Not all games support Xbox Live – the ones that do are in the corresponding section in the Marketplace.

The Marketplace offers a decent selection of games – anything from popular puzzles like Bejeweled to Assassin’s Creed, Guitar Hero and so on. Games are usually in the 5-10 US dollars range but there are some free ones – and you can also just go for a quick play with a trial version.

The WindowsPhone.Live.com cloud has a silver lining 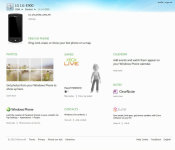 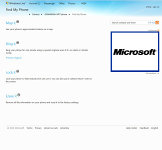 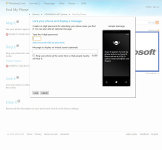 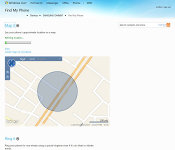 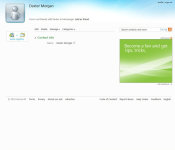 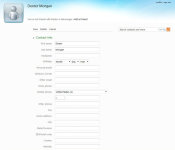 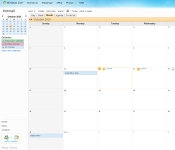 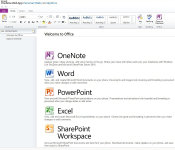 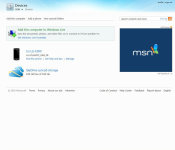