HTC Accord to be called 8X according to leaked manual

The HTC Accord, which had its specs leaked a few days ago, will be named HTC 8X. At least, that’s what the leaked quick start guide of the smartphone suggests. 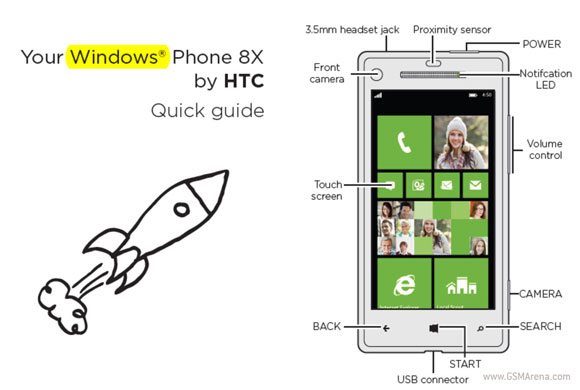 The leak comes via Twitter from the same tipster who spilled the beans on the device’s specifications. He was also kind enough to share the diagram of the HTC 8X showing details like the volume rocker, notification LED and the usual set of Windows Phone software buttons.

As usual for the WP platform, there's a dedicated camera button, which will come in handy when taking photos with the 8X’s purported 8MP camera.

The joint Microsoft and Nokia event is just couple of days away, so we recon HTC will have its own launch event of its new WP8-running smartphone(s) shortly after.

And you really talk about others bashing?

wow......Are you seriously that jealous?